Watch As The Statistics Transform Into People You Instantly Understand, Right Before Your Eyes

The statistics about Syria's refugees right now, if you dare to look at them, are scary: millions of people fleeing one country and arriving in dire need of help in others. Half are children. But if you look at this portrait project, the numbers fall away and there is a familiar story: people who love their families, friends, country, and lives and who just want to return to them. What is a "refugee"? A person who misses home. 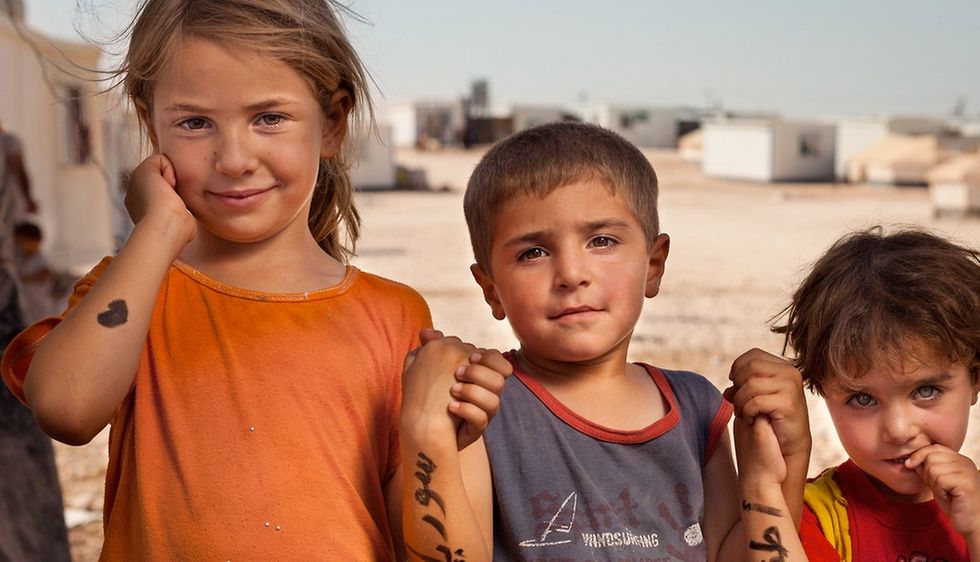 If these images made you see this "news story" differently, I hope you'll share them with others. And if you're wondering what you can do to lighten the burden for these fellow people, you might check out what CARE is up to and consider donating to their efforts. If you're reading this from a place where you're living the life you've chosen, it's definitely a good moment to pause and give thanks.

Everything that was once cool will at some point fall out of style. Then, in about 25 years, it'll come back in again. One piece of home decor that's rapidly falling out of fashion is word art.

You know, those wooden signs in people's homes with down-home, kitschy sayings. These days, they're easy to find at Target or Home Goods, but their days may be numbered.

"Word art is a trend that has been around for years — you won't be stuck for wood motif options at home décor stores," interior designer Zoe Warren told The Sun. "However, generic plaques reading 'Home' placed around your rooms lacks character and looks tacky. "

Keep Reading Show less
art
Get stories worth sharing delivered to your inbox
By signing up you agree to Upworthy's privacy policy.
Trending Stories
poverty
Family