This official map pinpoints which cities will probably get a white Christmas. 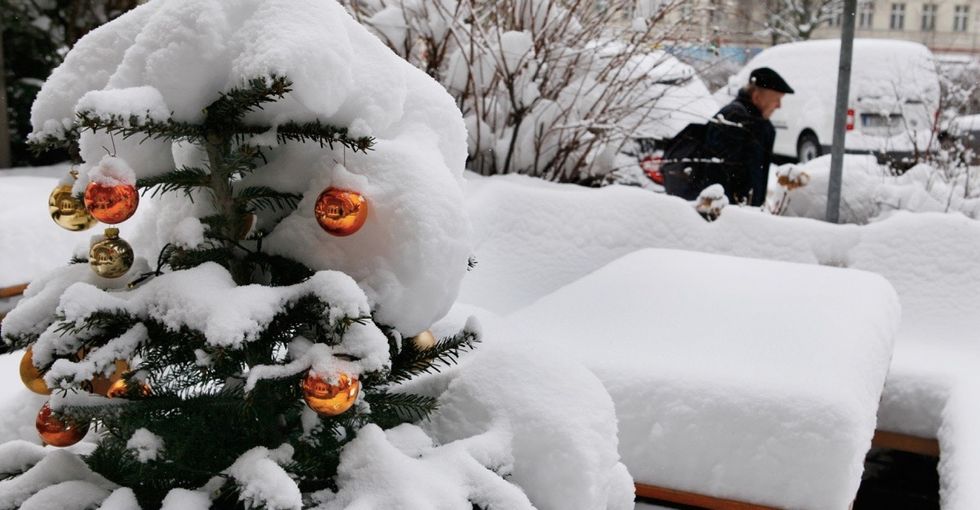 Want to know whether your city's going to have a snowy Christmas?

If you're in the Rockies or Minnesota, we've got some good news. If you're in Texas ... well, you might just have to keep your fingers crossed for this month's surprise snowfall to repeat itself.

How do we know? It's thanks to the National Centers for Environmental Information's very cool (if you'll pardon the pun) white Christmas map. It shows the probability that any particular place in the lower 48 states will have at least an inch of snow on the ground (I mean, you try making a snowman with 1/16th of an inch) on December 25.

If you're in Hawaii or Alaska, well, you probably already know what your predictions are.

Check out the difference between the Rockies' massive white inkblot and the thin little line of the Appalachians running down from New York. Image from the National Centers of Environmental Information.

If you want even more detail, there's an interactive version on climate.gov that will let you zoom in on specific cities and states.

The NCEI based their map on climate data from 1981 to 2010, collected thanks to the National Oceanic and Atmospheric Administration's 9,800 weather stations all across the country.

Future maps might look different. We know that, thanks to climate change, white Christmases may be more rare today compared to the early 20th century. And when we do get big snowstorms, they might be more extreme.

A woman makes a snowman in Times Square after New York City was rocked by heavy snowfall in January 2016. Photo by Yana Paskova/Getty Images.

But for now, this is what we've got. So those of you in Maine or Michigan, it might be time to stock up on some cocoa. And to all y'all Floridians, well, maybe it's time to visit some northern relatives for the holidays.