This famous painting was just transformed into 3D touchable art for the visually impaired.

A museum in Vienna is making sure everyone, including the blind and visually impaired, gets to experience art. 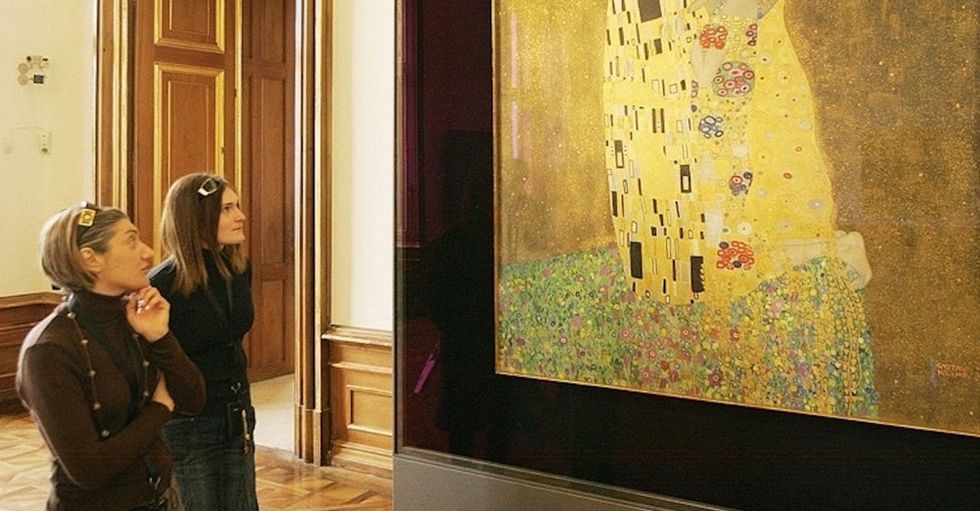 You might recognize "The Kiss," a famous painting that lives in the Belvedere Museum in Vienna.

More properly known as "The Kiss (Lovers)," the painting was created between 1907 and 1908 by the Austrian painter Gustav Klimt. It's done in oil and gold leaf. It's pretty famous, so you've probably seen it before, although you might have not known the name.

Over a million people come to Vienna to see the painting every year.

Some even stage their own re-enactments of the painting's tender moment.

Knowing that some of those visitors couldn't actually see the painting — even if it could be described to them — the museum sought a way to enhance the exhibit.

So, working with a EU project known as AMBAVis (Access to Museums for Blind and Visually Impaired People), they created a miniature, touchable 3D relief of the painting.

Andreas Reichinger used a computer and 3D printer to model and translate the painting into a roughly 16-inch relief.

The relief lacks the bright colors of the original, but all the details, such as the texture of the ground or the patches on the pair's cloak, have been carried over. Visitors will be encouraged to touch and feel it.

There will even be sensors in the relief that can provide audio commentary when certain places are touched. Other museums have done similar projects with the works of Goya, El Greco, and Velázquez before, to rave reviews.

It's really cool to see this museum experimenting with expanding access to art.

In the U.S., the Centers for Disease Control and Prevention reports that about 3% of people over 40 years old are visually impaired or blind. In Vienna, this means that the new version could bring the painting to thousands of new people.

"We want to open up a whole new chapter of making art available for the blind and visually impaired," Rainer Delgado from the German Association for the Blind and Visually Impaired said in an AFP report. He also suggested that, in the future, these kinds of reliefs could be widely available to anyone with access to a 3D printer.

Museums often are the first institutions to slowly push boundaries and tear down barriers to art.

It's awesome that the Belvedere is continuing that tradition.