This 1846 pamphlet wants your kids to explain to you why slavery is wrong.

Because if you think owning people is OK, you deserve to have your wrongness explained to you in rhyme. 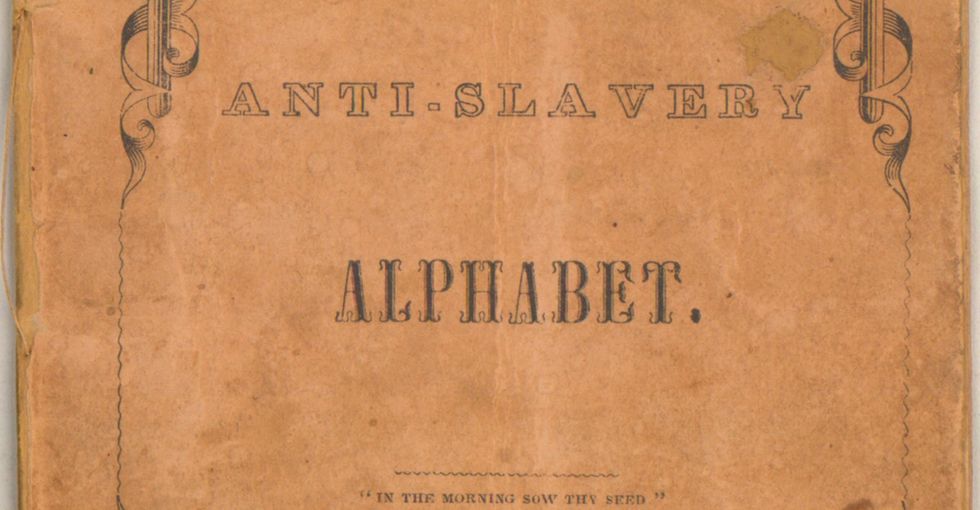 The year: 1835. The place: Philadelphia. It was then and there that 18 affluent black and white Quaker women decided to form the Philadelphia Female Anti-Slavery Society.

They immediately got down to business, but massively shifting public opinion is not an easy task.

Because women were not permitted to vote or hold public office at that time, the society members had to use creative and unconventional means to sway people away from supporting slavery. This included writing letters, fielding petitions and holding annual anti-slavery fairs.

In an effort to reach a new generation of abolitionists, society members Elizabeth Margaret Chandler and Hannah Townsend began writing pamphlets for children explaining why slavery was wrong.

Their reasons for doing so were simple: Young readers were more likely to be horrified by slavery; they could be counted on to bring home what they learned; and they might just be able to change their parents' minds, too. If that sounds familiar, it should. It's the reverse of the logic that inspires companies to advertise sweets and toys directly to kids during cartoons. Except in this case, the cause being promoted was basic human decency and not, you know, cereal.

Hannah Townsend's 1846 pamphlet "The Anti-Slavery Alphabet" is one of the few pieces of child-focused anti-slavery literature to survive the years intact.

All images via Mississippi Department of Archives and History/Flickr.

Using the alphabet as inspiration for a series of four-line rhymes, she tried to tell the story of slavery in a way a child might understand.

Note: Upper Canada had restricted slavery in 1793 and banned it outright in 1834.

In its first 18 years, the Philadelphia Female-Anti-Slavery Society donated $13, 845 to various abolitionist organizations, including ones supporting the Underground Railroad. Adjusted for inflation, their donation would be worth $400,000 today. The group, along with members of other anti-slavery societies across the United States, continued fighting for abolition until the end of the Civil War in 1865; for black suffrage in 1869; and until the ratification of the 15th Amendment in 1870.

If you're feeling uncomfortable after reading "The Anti-Slavery Alphabet," don't worry. You're supposed to feel uncomfortable.

It is not subtle or nuanced. It was written to make readers feel guilty, complicit and enraged. Because when we're talking about humans owning and selling and beating and murdering other humans, there's very little room —even 170 years ago—to dance about in grey areas.

The women of the Philadelphia Female Anti-Slavery Society knew that in 1846, and they knew children did, too.