Think 'coming out' is synonymous with 'gay'? Time to rethink that.

Coming out. It's different for everyone. 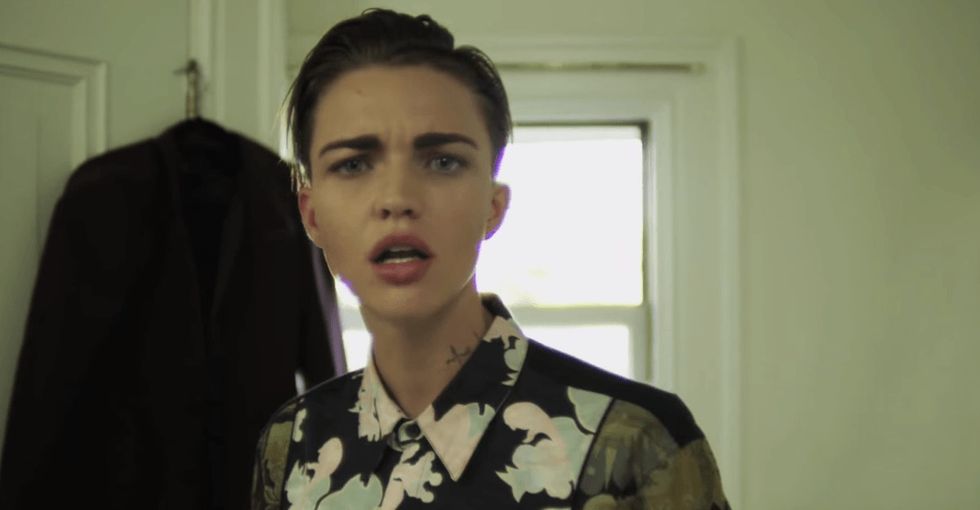 Chances are, if you use the Internet, you've run into a "coming out" moment.

In this type of moment, the person is "coming out" of the closet to a family member, to a friend, or to the world, usually through a video. Sometimes, it might be in an interview instead of a video.

And thousands of everyday people have uploaded videos of their experiences too.

Aaron and Austin Rhodes' coming out video to their father was a tearjerker. Image via the Rhodes Bros.

Many of the coming out videos that circulate on Facebook, go viral, and get all the attention and feels are where the person is coming out as gay.

But did you know that's not the only expression of identity that people are coming out with?

That's right. "Coming out" can be about more than being gay.

Bruce Jenner came out as a woman.

DJ and model Ruby Rose came out as genderfluid. In Ruby's words, genderfluid is "feel[ing] more like I wake up every day sort of gender neutral," meaning Ruby doesn't squarely identify as either man or woman.

Image via Ruby Rose's video, which you can read more about here.

Singer R. Kelly's son, Jay, who recently came out as a transgender boy.

So if coming out isn't just about sexual orientation or gender identity, what else could "coming out" mean? Let us count the ways in this infographic by Sex Ed Plus.

Coming out means something different for everyone. And despite the prevalence of one single type on your Facebook feed, there are plenty more happening every single day.

Let's remember to have compassion for the folks with all kinds of coming out stories.