They're Kurdish. They're Women. And They're Out To Kill ISIS.

I have just one word: fierce. 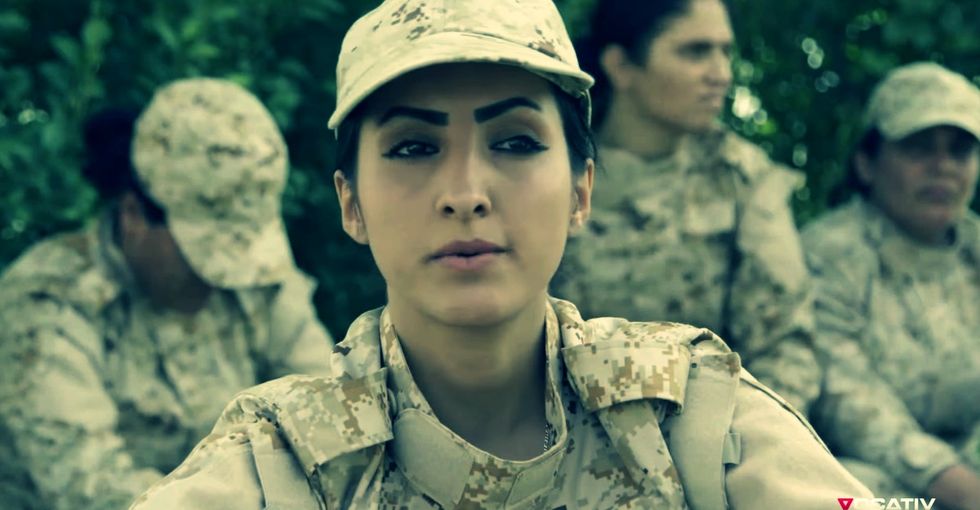 One way or another, you've probably heard of ISIS.

No, not the Egyptian goddess. We mean the extremist rebel group that's located in Iraq and Syria.

ISIS stands for the Islamic State of Iraq and Syria.

They are alternately known as ISIL, or the Islamic State of Iraq and the Levant.

If there's anything almost everyone in this world can agree on, it's being anti-ISIS.

ISIS's actions and philosophies are just so extremist and unpopular, literally no nation in the world aligns with them.

In case you don't know, the Kurds are an ethnic group that live in the region of Kurdistan. The majority of the Kurds identify with the religion of Islam, particularly Sunni Islam.

And it has many women prepared to give their lives to stop ISIS.

Nope, this isn't just a recent phenomenon. The Peshmerga has had women in their forces for AGES. So while some U.S. media pundits might claim that Islam unilaterally oppresses women and holds them down, a Kurdish, overwhelmingly Muslim army has been equipping women to kill in the name of their families. Why don't we hear about this more?!

There are so many stories of brave women in the Peshmerga.

Here are some of them.