​They laughed when she wanted to bring yoga to a prison. Then they saw the results. 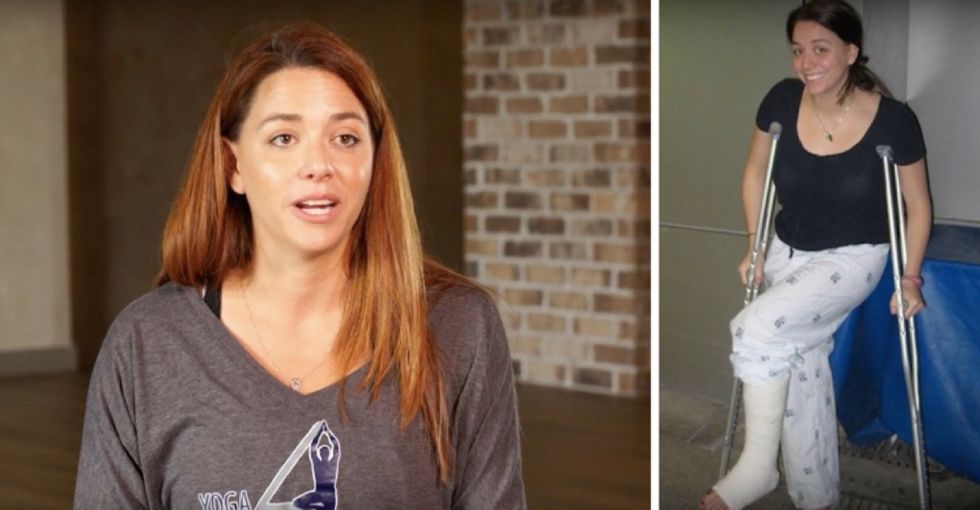 Even as a child, Kathryn Thomas knew she wanted to be a helicopter pilot.

After watching a helicopter demonstration at 11, her dreams were set in motion. Thomas earned her wings of gold in 2009, certifying her as a U.S. naval aviator.

But while on deployment, Thomas broke her ankle and later suffered complications. She was told she'd never fly again.

The experience of a long recovery and exit from the Navy left Thomas depressed and anxious. She turned to yoga.

So much of her identity was wrapped up in her military career. Practicing yoga helped Thomas find some relief and a sense of purpose after life in the Navy.

"I started to practice yoga, and that’s really what changed my outcome because I was able to find myself again on my mat," she said.

And it's not just learning poses. Classes focus on empathy, optimism, gratitude, vulnerability, and more. It's truly a moment to reconnect with the body, mind, and spirit.

"I support Yoga 4 Change 110%. It’s definitely changed my life for the better. It’s opened my eyes to a dimension of spirituality that I had never acknowledged before," said Alan Calkins, a former inmate who's now in training to be a Yoga 4 Change teacher.

Calkins (center) participates in a session.

Thomas turned to yoga to help her recover. Now, Yoga 4 Change has helped more than 15,000 people do the same.

Hear her story and see why participants like Alan Calkins owe so much to the program.

She's bringing yoga to those who need it most, but don't have access.

Posted by Upworthy on Wednesday, October 4, 2017