These photos from around the world should scare the pants off of McDonald's and Walmart.

This thing is spreading all over the world. 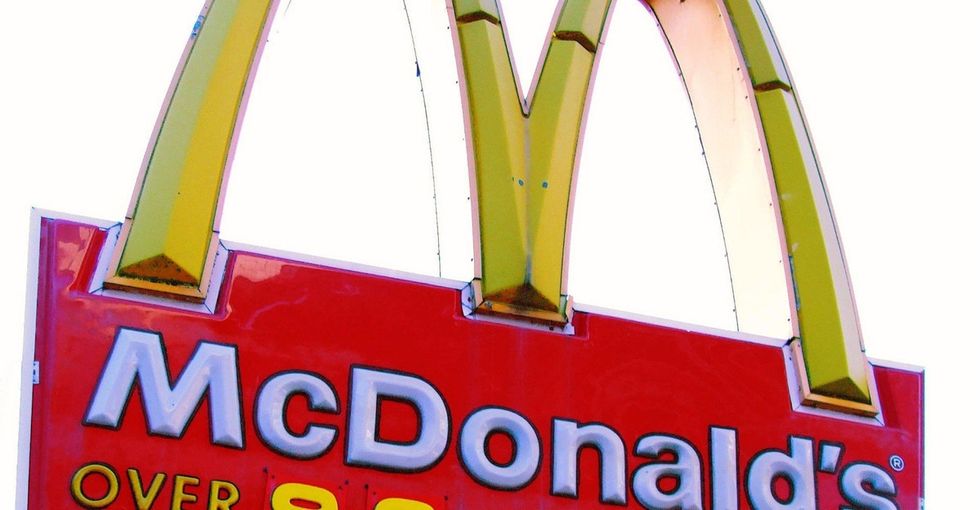 Low-wage workers all across America are walking off the job today to protest for a $15-per-hour minimum wage and a union.

"What?" You might be saying to yourself. "Why does the 16-year-old grimacing at me from behind the counter at Wendy's while she texts her boyfriend selfies of her new temporary tattoo deserve to make that much money?"

Because contrary to popular belief, most minimum- and low-wage workers aren't teenagers working a first job. And most aren't fast-food workers either.

(Although, hey! Teenagers working a first job deserve to be paid respectfully too, no matter how sullen and emo they are.)

And not only are they out on the streets, shouting their lungs out for their right to be paid like human beings, they have support from all over the world.

Places like Hamburg, Germany, where they're encouraging their American colleagues to keep up the fight.

São Paulo, Brazil, where they're staging die-ins in the street, despite intervention from military police.

Finland (What up, Finland!), where in addition to showing solidarity, they're also protesting exploitative contracts.

Bangladesh, where garment workers are still struggling to unionize a year after a horrific building collapse left over 1,000 people dead.

Tokyo, where for over a year they've been demanding a 1,500-yen wage (about $12.60) to make living in one of the most expensive cities in the world actually somewhat livable.

And Auckland, New Zealand, where many fast-food workers work on "zero-hour" contracts that force them to make themselves available to work but give them no guaranteed hours.

So yeah. This thing is getting real. Really, really real.

The Fight for $15 movement has already had some major success. $15 minimum wage ordinances were passed in Seattle and San Francisco last year, and other cities across America might follow suit soon.

But the pressure needs to stay on for that to actually happen!

If you believe all workers should be treated with dignity and respect — and paid accordingly — then please share and spread the word!