There's only 1 U.S. state that protects you after saving a child or pet from a hot car. Kudos.

Now the 49 other states need to step up their game. 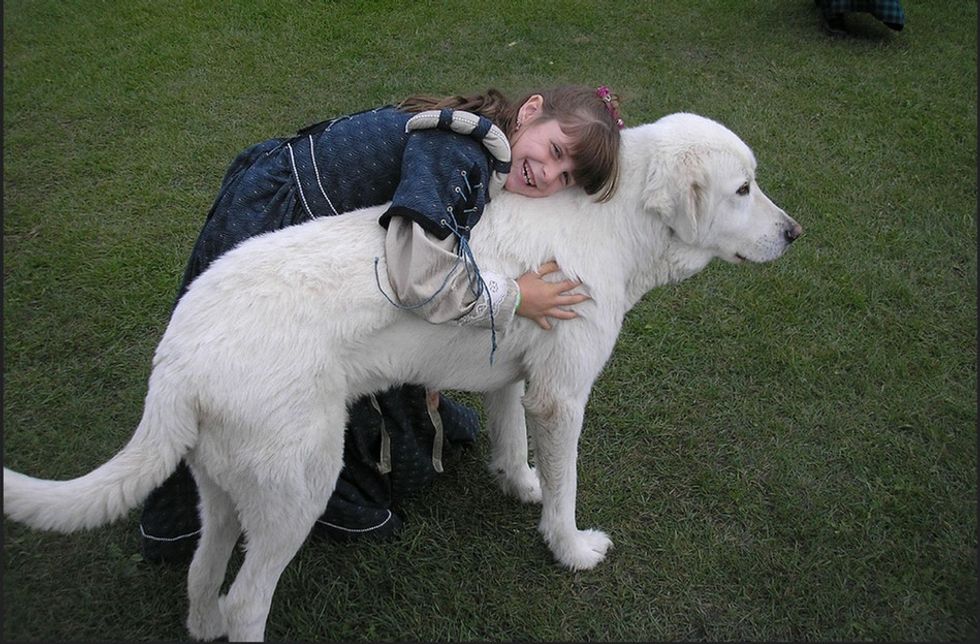 What would you do if you saw a child trapped alone in a car in the middle of a hot summer day?

The windows are up. She's crying. Or maybe she's unresponsive. You look around and realize her parents aren't anywhere nearby.

Some parents don't realize how hot it can get in a closed car — even on a day that's just 70 degrees, temperatures inside your car can get to 110. Other parents just sometimes legitimately forget their children in the car.

In either case, when you see a child in distress, your instinct is to get that car open one way or another and save her from heat stroke — or maybe even death.

How could you not want to save this face? Image via Pixabay.

And what would you do if you saw a puppy or another pet in the same situation?

Alone, hot, distressed, no owners around. You'd probably feel the same way. Most people would do whatever's in their power to save the poor creature in distress from dying a brutal death.

Look at him — he's begging to be let out! Photo by allenthepostman/Flickr.

All of us probably know someone who loves their "furbaby" (or maybe you're one of those people!). Who wouldn't want to have them saved?

But did you know that doing the "right" thing by saving those babies or pets could put you at risk of fines or even arrest?

Don't believe me? There was a recent uproar in Georgia over a vet who was arrested for smashing a car window to save a dog. When he noticed the dog, he called the police, but — knowing that every moment is critical — he didn't wait for them to arrive. In an interview about the backlash, the deputy sheriff told FOX News that while he understood what the man did, there were no laws in place that actually allow what he did. Fortunately, the charges were eventually dropped.

Similarly, last year, a pediatrician was arrested while trying to break a car window to save an infant. Although she was stopped in the act by an officer, the firefighters called to the scene ended up doing exactly what she started to do. And then they arrested her anyway.

You read that right. GIF from "Up."

How is this possible, you ask?

The law is still behind when it comes to protecting children and pets when they're left alone in a car.

To start, not all states have laws addressing children and animals left alone in vehicles. Just 19 states have provisions that explicitly outlaw leaving children unsupervised in a car while just 16 states have measures protecting pets in this situation.

To make matters worse, the laws that are in place can be really confusing.

Now to be fair, if you break into a car to help an unattended child, you definitely could walk away without any trouble. Good Samaritan laws — where legal protection is given to people who try to help in an emergency — have been used to protect do-gooders in exactly this kind of situation.

But they're neither automatically nor systematically applied in every case. So while you may not get fined or serve jail time for saving a child in a hot car, you may have still been arrested and charged before everything is cleared. What a hassle.

The situation is even more complicated when it comes to animals. Some states ban unattended pets altogether, some only ban them under "extreme" weather conditions, and some are OK with the pet being alone as long as you leave them some food and water. Anti-cruelty laws can be used to prosecute owners in states that explicitly address animals and cars, but just like the Good Samaritan laws, they're not uniformly applied.

But there's one state that's ahead of the rest: Tennessee.

Last year, Tennessee became the first state to legally protect people from liability or arrest if they use reasonable force to break into a vehicle to save the life of a child. And in July 2015, they extended that provision to saving pets, too. Nice work, Tennessee!

The welcome feels even nicer now thanks to these new laws. Photo by jbcurio/Flickr.

When it comes to saving lives in this case, every second counts.

Last year, a Texas woman smashed the windshield of a hot, locked car to save a child in distress. In an interview with San Antonio's KENS-5, she said that other people were nearby but thought they didn't intervene because they were afraid of getting in trouble for destroying property.

Do we really want some of these vital seconds spent hesitating by a nearby do-gooder who fears being punished for doing the right thing?

Imagine how much better it'd be if people didn't have to worry about unfair consequences for helping.

According to KidsAndCars.org, an average of 38 children die every year from heat-related complications after being trapped in a hot car. The number of pets that die under the same circumstances is unknown (some have estimated thousands), but we can agree that even one is too many.

"I knew there would be consequences, but it didn't matter. I mean, glass? They make new glass every day. But she could never replace that dog."

I think we can all agree that lives > property.

The rest of America needs to get on Tennessee's level — and fast. Because shouldn't it be easy to save lives?