Refugee camps are usually seen as scenes of crisis. But a team of innovators wants to change that. 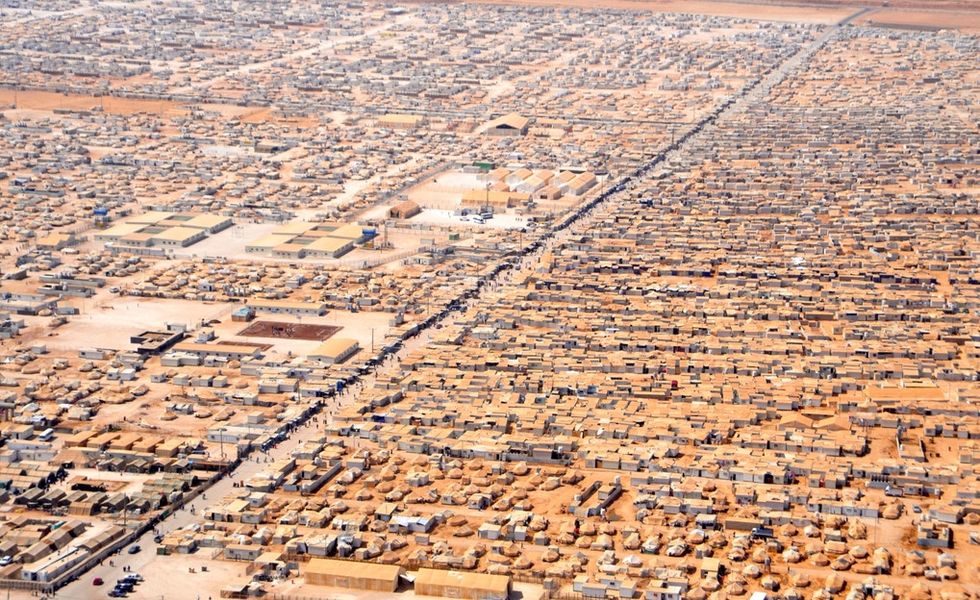 Ahmad's world went dark at age 22 when he was shot across the eyes during the Syrian civil war.

But two years later, a Syrian refugee named Asem came across a startup called Refugee Open Ware, where he learned to build Ahmad a customized echolocation device that fit over his hand.

The device uses vibrations to indicate how close objects are in his environment, and it's helping Ahmad walk on his own again.

"For two years, I haven't felt this feeling — where I walk and know what's in front of me," Ahmad said.

The founders of Refugee Open Ware look at refugee camps and see more than devastation — they see possibility.

Asem, the man who built Ahmad's new device, is among the first of many refugees who are learning to 3D-print and code at Refugee Open Ware, a series of fabrication labs, or "fab labs," located in crisis areas. The company was founded by Dave Levin and Loay Malahmeh.

“We want to take the most advanced technology and put it in the hands of those who need it the most," Levin said.

They'll also be packed with the kinds of things you'd find in any good woodworking or metal shop, like welding equipment, table saws, band saws, lathes, and handcrafting tools.

With 3D printers similar to these ones, trained individuals might print 3D prosthetics and supplies for their fellow refugees. Photo by Ultimaker.

While seemingly simple, this equipment opens up new possibilities for many displaced people, encouraging everything from creative play and learning for kids to simple repairs and skills training for adults.

The first Refugee Open Ware pilot program is now up and running in Amman, Jordan.

There have been more success stories like Ahmad's, too.

One comes from Asem himself, formerly a health care worker who lost a leg during a bombing before he ended up at Refugee Open Ware's facility in Amman. While in Amman, he made his own prosthetic leg with a 3D printer.

Another success story comes from a 6-year-old Yemeni boy.

After losing his hand in a house fire, the boy received a customized, 3D-printed hand from Refugee Open Ware team members, designed to emulate his favorite cartoon superhero, Ben 10. The hand, built with local tools and supplies, costs only $75.

The 6-year-old Yemeni boy sits next to Asem, a Syrian refugee who lost his leg as a paramedic in the war at age 19 and later became a prosthetic technician in Jordan. This photo was taken by Manar Bilal, the man who saved Asem's life. The two are now best friends. Photo by Manar Bilal, courtesy of Refugee Open Ware.

Up next for the program: setting up shop in Turkey and Kurdistan.

Right now, Levin and Malahmeh are also awaiting the necessary permit to build their first maker space at the Za'atari refugee camp on the Jordan-Syria border, staffed entirely by refugees.

It shouldn't be long, since they've already gotten the thumbs-up from King Abdullah II and Queen Rania.

The Za'atari refugee camp in northern Jordan is home to more than 81,000 Syrians. Photo by U.S. Government Works/Flickr.

There's no shortage of crises to attend to. But by providing new technology and tools, Refugee Open Ware might make refugee camps a space where those at the epicenter of a crisis can send out shock waves of good.