It’s been a hot year — the hottest year on record, according to climate experts. 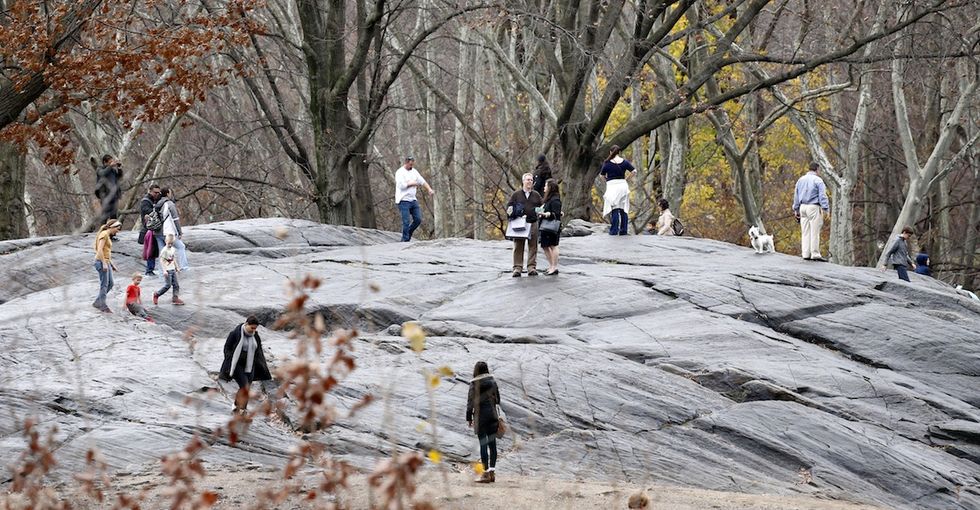 I know I’m not the only one thinking this doesn't feel like normal winter weather.

I spent Christmas Day this year wearing shorts. Shorts! And when I was packing for the holidays, I didn’t even bother throwing a jacket into my suitcase because the forecast showed a full week of balmy days with highs in the 80s.

The records show it, too: It's been a hot winter.

In fact, it’s been a hot year — the hottest year on record, according to climate experts. That can be a little scary for those of us following the quick progress of climate change.

It’s pretty easy to feel like Jake Gyllenhaal in "The Day After Tomorrow" when you have a bigger risk of getting heatstroke than seeing snow in late December.

The good news, though, is that global warming isn’t solely responsible for the warm weather this month.

Climatologists say we’re in the middle of El Niño right now, which happens every few years. And this time around, it’s been particularly strong.

How does El Niño work? Every few years, the water in the Pacific Ocean gets a little warmer than usual during the winter. Greenhouse gases warm the Earth, oceans absorb that heat, and then El Niño drives up the temps a few extra degrees.

That little change in temperature patterns can spiral into massive changes in weather around the world, making certain areas (like the northern U.S.) drier and warmer while other places get a lot more rainfall.

Climate change has played a role in making our weather more extreme, though.

So we're seeing summery days in the middle of the winter — and worse. Across the globe, there have also been droughts, flooding, hurricanes, and fires.

In short, El Niño is the reason behind most of these weird weather events. Global warming is making that weather more powerful and destructive.

So no, you don’t have to worry about never seeing a snowy Christmas ever again because El Niños come and go.

It was almost 70 degrees in New York City on Christmas Eve this year. Photo by Kena Betancur/Getty Images.

But unless we can rein in greenhouse gases, you should probably expect to see more erratic, extreme weather in the future, too. Here's to a northeastern winter full of mittens, scarves, hot cocoa ... and shorts.