The oil and gas industry helped develop a camera that can show you things they insist aren't there.

It's what you can't see that you should worry about. 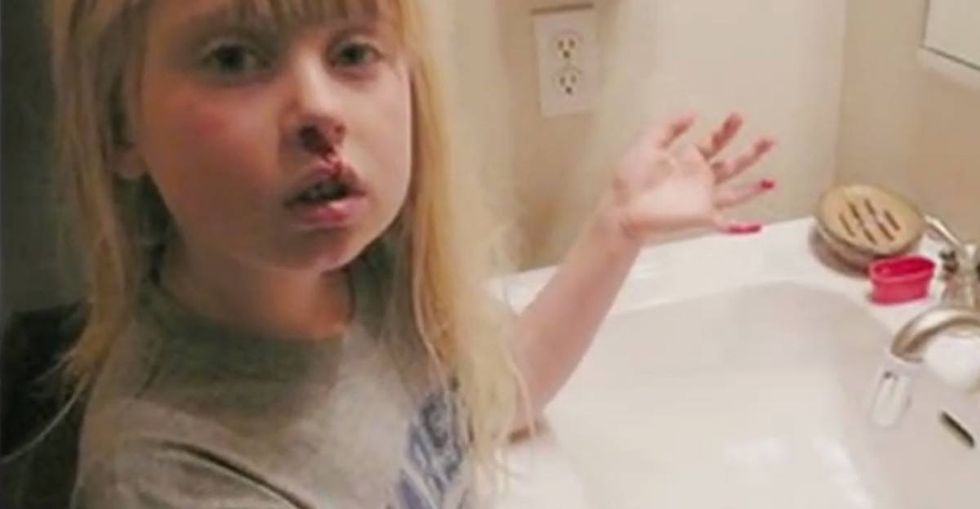 The gas industry helped to develop a magic camera to find leaks in their pipelines.

Some concerned citizens in Colorado got one of these cameras.

They pointed it at a fracking operation that was right near a high school.

This is what they saw:

That big black cloud is made of VOCs rising off the gas works and spreading out over a neighborhood.

Wait, what are VOCs?

It's a group of chemicals, including acetone, benzene, formaldehyde, toluene, xylene, and others. They're in everyday household products, in small amounts. They're what makes that "new car smell" and what makes you get high off glue.

A lot, it turns out. Exposure can cause nosebleeds, headaches, nausea, asthma attacks, and dizziness. Long-term exposure to some VOCs causes cancer in humans.

Gas operations all have relief valves so that gas can escape if the pressure gets too high. It keeps things from exploding. It's for safety. But what's coming out of those valves? Not just methane, but lots of nasty VOCs too.

Tens of millions of Americans live close to this kind of activity.

Anywhere that oil and gas extraction is happening near homes, kids are being exposed to VOCs. Researchers have found increased infertility, miscarriage, birth defects, and infant deaths in areas with lots of fracking activity.

Seriously, why would anyone let this kind of thing happen in their community?

It's not as simple as you think.

Fracking is generating jobs. They're coming to areas where people have lived in poverty for generation after generation. Maybe the jobs won't last, and maybe they're not very safe, but they are jobs.

Ask me how I know. I grew up in an area like that. I know people who spent their lives barely making it — and whose parents and grandparents were strangers to luxury — and now they are pulling down six figures.

But even hard questions have a right answer.

Is your community thinking about opening its doors to fracking? Check out this video for some images that might make that decision crystal clear.