The fearless women pilots of WWII can't be buried in Arlington. That may change. 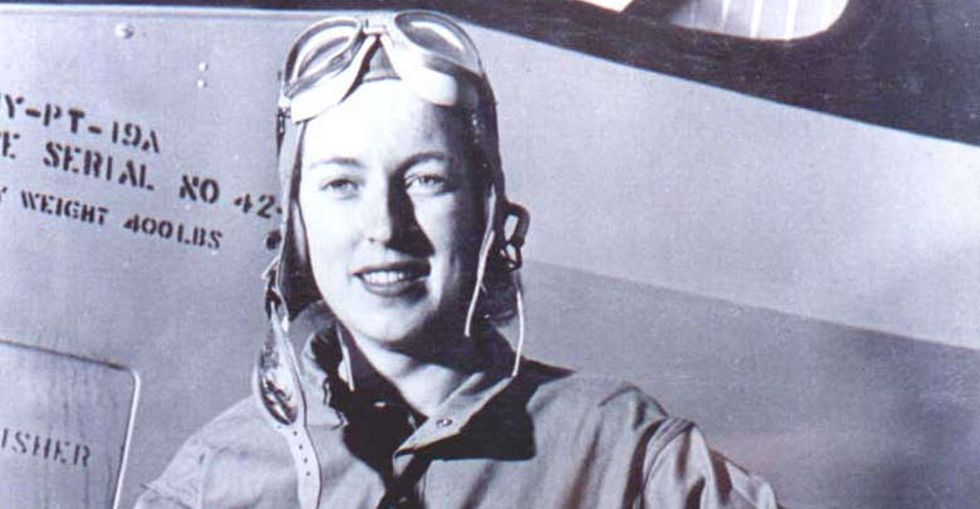 Don't look now, but Democrats and Republicans in Congress just agreed with each other — on something that's actually 100% worth doing.

According to an NPR report, the bipartisan bill would finally allow former WASPs — the Women Air Force Service Pilots who flew in WWII — to be buried in Arlington National Cemetery.

Photo by R.D. Ward/Department of Defense.

Currently, these women are barred from being interred at the cemetery because they were technically classified as civilians at the time of their service.

The legislation was introduced by Arizona Rep. Martha McSally and it passed yesterday.

Who were the WASPs?

They were women who were trained to fly training, transport, and supply missions during World War II. Because of a shortage of male pilots on the home front, the U.S. military somewhat reluctantly gave these critical jobs to women.

Predictably, the women killed it.

After helping launch the WASP program, Cochran became the first woman to fly a bomber across the Atlantic Ocean. To this day, she, "holds more international speed, distance and altitude records than any other pilot, male or female," according to the National WASP World War II Museum.

Photo by the U.S. Department of Defense/Wikimedia Commons.

One of a select group of women to be trained as test pilots ("Hey, uh, so, good news! We invented a new plane. How would you like to be the first person to see if it actually flies?"), Axton became the first woman to pilot the massive B-29 in 1944.

Fort was one of the few American pilots airborne during the attack on Pearl Harbor, and during the battle, her quick thinking enabled her to evade an oncoming Japanese Zero and save herself and the male student she was training. She spent several months ferrying planes from factories to military bases, until she was killed in a midair collision.

Giving these brave women a place alongside the men they served with is long overdue.

Though their missions were noncombat, the flights were not without risk, and many gave their lives in the process — 38 in total.

Indeed, too many of them are no longer with us, and their role in helping win the war was too critical to deny them the honor they deserve because of a technicality.

An appropriate burial is the least we can do.

But it's what we owe them.