The danger of high-functioning depression as told by a college student.

Overachievers can struggle with mental health issues, too. 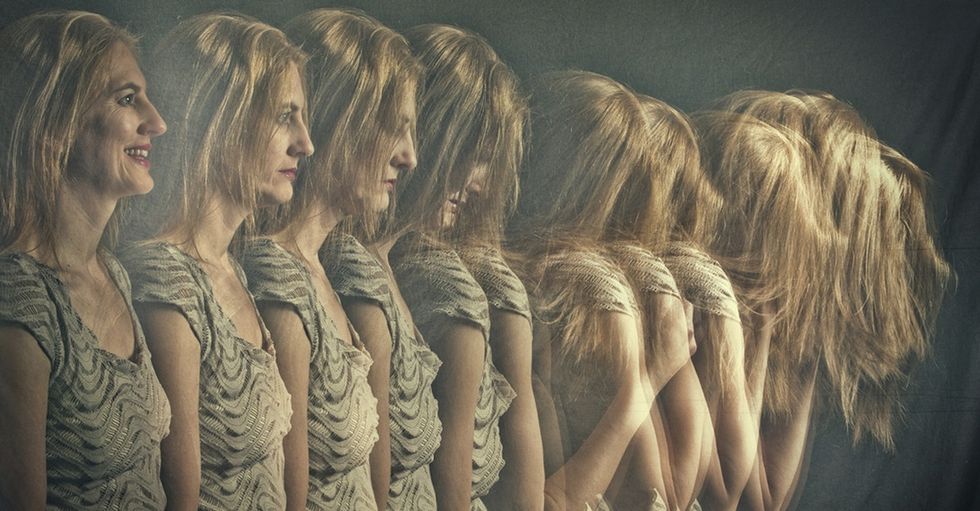 This article originally appeared on 06.03.16

I first saw a psychiatrist for my anxiety and depression as a junior in high school.

During her evaluation, she asked about my coursework. I told her that I had a 4.0 GPA and had filled my schedule with pre-AP and AP classes. A puzzled look crossed her face. She asked about my involvement in extracurricular activities. As I rattled off the long list of groups and organizations I was a part of, her frown creased further.

Finally, she set down her pen and looked at me, saying something along the lines of "You seem to be pretty high-functioning, but your anxiety and depression seem pretty severe. Actually, it's teens like you who scare me a lot."

Now I was confused. What was scary about my condition? From the outside, I was functioning like a perfectly "normal" teenager. In fact, I was somewhat of an overachiever.

I was working through my mental illnesses and I was succeeding, so what was the problem?

I left that appointment with a prescription for Lexapro and a question that I would continue to think about for years. The answer didn't hit me all at once.

Instead, it came to me every time I heard a suicide story on the news saying, "By all accounts, they were living the perfect life."

It came to me as I crumbled under pressure over and over again, doing the bare minimum I could to still meet my definition of success.

It came to me as I began to share my story and my illness with others, and I was met with reactions of "I had no idea" and "I never would have known." It's easy to put depression into a box of symptoms.

Even though we're often told that mental illness comes in all shapes and sizes, I think we're still stuck with certain "stock images" of mental health in our heads.

When we see depression and anxiety in adolescents, we see teens struggling to get by in their day-to-day lives. We see grades dropping, and we see involvement replaced by isolation. But it doesn't always look like this.

And when we limit our idea of mental illness, at-risk people slip through the cracks.

We don't see the student with the 4.0 GPA or the student who's active in choir and theater or a member of the National Honor Society or the ambitious teen who takes on leadership roles in a religious youth group.

No matter how many times we are reminded that mental illness doesn't discriminate, we revert back to a narrow idea of how it should manifest, and that is dangerous.

Recognizing this danger is what helped me find the answer to my question.

Watching person after person — myself included — slip under the radar of the "depression detector" made me realize where that fear comes from. My psychiatrist knew the list of symptoms, and she knew I didn't necessarily fit them. She understood it was the reason that, though my struggles with mental illness began at age 12, I didn't come to see her until I was 16.

If we keep allowing our perception of what mental illness looks like to dictate how we go about recognizing and treating it, we will continue to overlook people who don't fit the mold.

We cannot keep forgetting that there are people out there who, though they may not be able to check off every symptom on the list, are heavily and negatively affected by their mental illness. If we forget, we allow their struggle to continue unnoticed, and that is pretty scary.

Keep ReadingShow less
relationships
Get stories worth sharing delivered to your inbox
By signing up you agree to Upworthy's privacy policy.
Trending Stories
joy
Pop Culture