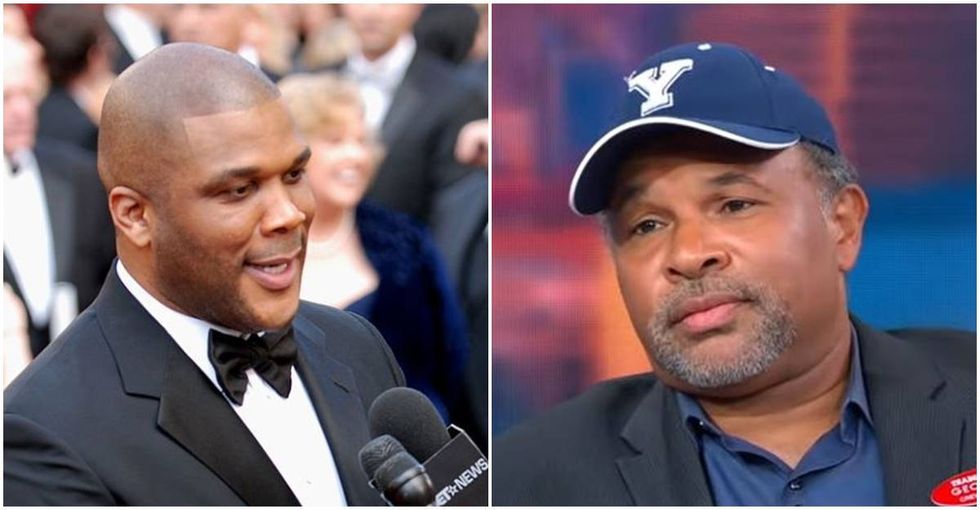 People who can’t handle criticism, rejection, and long periods without a steady paycheck don’t make it very far in the arts.

Only those with dogged persistence and a drive that won’t be throttled are able to stay the course. A fantastic example of this type of dedication is actor, teacher, and former Trader Joe’s employee, Geoffrey Owens.

Owens played Cliff Huxtable’s (Bill Cosby) son-in-law, Doctor Elvin Tibideaux, on “The Cosby Show” from 1985 to 1992. Since, he has worked consistently as a guest star on numerous TV shows including: "Law & Order," "It's Always Sunny in Philadelphia," and "Lucifer."

He has also taught acting and directing classes.

To continue pursuing his art, 15 months ago, Owens took a job at Trader Joe’s in Clifton, New Jersey 15 where he worked as a cashier. Owens was photographed on-the-job by a woman who noticed him from “The Cosby Show” and the photos emerged in The Daily Mail on August 30.

When I look at this picture of Geoffrey Owens, the only things that come to my mind are courage, humility and dedic… https://t.co/t3nqpsvEdw
— Aharon Rabinowitz (@Aharon Rabinowitz)1535849946.0

Images of Owens looking uncomfortable while being photographed quickly went viral. Countless news organizations ran “where are they now” stories on Owens that seemed to ridicule his new job.

But as the story spread, people praised Owens for doing whatever he could to keep acting. Others used Owens’ story as an opportunity to fight back against those who shame people for their jobs.

Owens appeared on “Good Morning America” wearing his Trader Joe’s name tag where he proudly proclaimed that "Every job is worthwhile and valuable.”

One of Owens’ supporters was media mogul Tyler Perry who praised his hustle and invited him to come work on his TV show.

Now, TMZ reports that Owens has accepted a 10-episode role on Perry’s hit OWN drama, “The Haves and the Have Nots.”

He will fly to meet up with the production next week and will promptly begin shooting.

“I’ve learned to never give up,” Owens told People. “A lot of times I was on the verge of quitting the job at Trader Joe’s, but I didn’t because I couldn’t. But it was sufficiently awkward and uncomfortable to be in that kind of job [and be] recognized from time to time.”

“It’s because I kind of hung in there and persevered that all of this amazing stuff has now happened,” he added. “I am someone who generally does persevere, but this confirmed to me how important it is to just hang in there. I think that’s so important for so many people in my industry. You just have to hang on!”