Single dad slams 'deadbeat' ex for not wanting custody of their child. The internet takes her side. 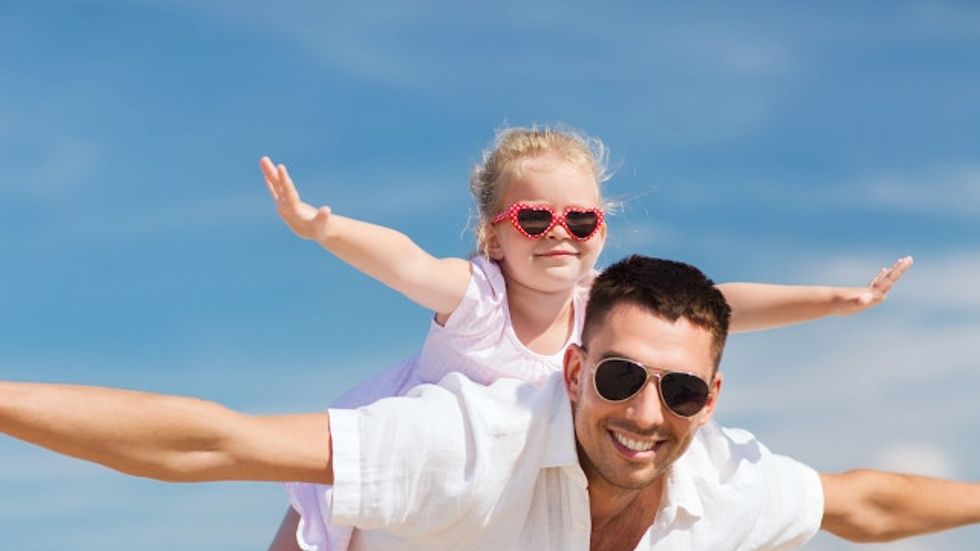 A single dad who was overwhelmed with raising a child on his own took to reddit to whine about how he is stuck taking care of his kid after the court gave him full custody.

The twist? His wife wanted to have an abortion, he wouldn't let her, and once the child was born she agreed to give him full custody and pay child support. This dad somehow still managed to go on an internet rant about her alleged shortcomings, going as far as referring to her as a "deadbeat mom." Cool, dude.

I got a girl pregnant and she wanted to get an abortion but I didn't want that. She ended up not getting one but now she is not involved at all.

We weren't in a serious relationship when she got pregnant. She has never met our son. Even after the birth she had no desire to see him. We went to court to figure custody and support could be figured out and I have 100% full legal and physical custody. Her name is on the birth certificate but she has no custody and no right to visitation or to make things like medical or education decisions. She didn't want any of that. Every month she pays 125% of the court ordered child support. She says that if I ever marry someone who wants to adopt him she will agree but until then she'll pay support. It's been this way since our son was born.

"I'm raising our son all on my own. He is 18 months old now and he has never met her and I don't even have any photos of her even. I am burned out and hate being a single parent. I love my son but I resent him. My family tries to help when they can but I do it most of the time. I would never hurt or neglect him but I am exhausted all the time. I tried to go to court to give her split custody but because she wanted an abortion and I didn't and she made it clear she would never be involved after the birth, and because we went to court when he was 6 months old but because we already went after he was born and agreed on things and now she pays more support than is court ordered the judge said he can't force her to look after him. I haven't seen her in almost a year and the last I heard she has a tummy tuck and laser stretch marks treatment and is working at a gym. She also told her friends and family she is an egg donor and not a mother. She is a deadbeat mom and the court won't do anything and is forcing me to struggle as a single parent. Do I have any legal remedies here? "

He essentially mapped out all the ways in which this woman did what was agreed upon, and yet seems to be looking for sympathy here. Because the internet sometimes isn't an explosive trash fire, sympathy is not what he got.

People were quick to point out how these daddy issues are a result of his own making, not his ex's. As the kids say, the internet clapped back.

Reddit user Byte73 was quick to point out the father's blatant hypocrisy.

"I'd say she's a good mom. She was clear what her terms were for having the child that she didn't want. You agreed to those terms. She's paying child support and by what you're saying, she is paying more than she has to. Out of the two of you, she is the one who has the kid's best interests at heart. You either need to do your part like you agreed on or give the kid up for adoption and put all three of you out of your misery. Because she wanted to abort the child, only kept it because of your insistence andis doing the share of the work that was agreed on, I really don't think that you have a leg to stand on, legally speaking. I'm sorry that you're not finding parenthood to be the fairytale dreamland that you thought it would be, but it was your choice and you have to live with it."

Damn, nothing like ending your clapback with, "live with it."

Zarbi92 did NOT hold back when it came to shutting down the OP.

So let me get this straight. You resent the child you forced someone else to bring in to the world under the condition that you be the sole caregiver? You want to force someone who DOES NOT WANT anything to do with this child to share caretaking? First off, why would you want to damage your child like that by forcing them to spend time with someone who wants nothing to do with them. That doesn't make you a very good father at all. Second, why are you calling her a deadbeat? How can you call someone you forced to give birth, under the condition that she has nothing to do with the child, a deadbeat when she pays MORE than the required child support? And third, no. The courts will not force someone who wants nothing to do with a child to take care of them other than financially, because that could endanger the child."

Be right back, starting a campaign to raise money for t-shirts that say "And third of all, no" on them.

evilbunnyofdeath took the high road by commending the mom on how she's handled this.

"Good on her for getting out of such an abusive relationship! I'm also impressed that she seems to be working hard on herself by hitting up the gym."

This person raised a great point by calling him out for trying throw shade at his ex for working on her health and physical appearance. This dude is clearly salty about how the woman who never agreed to raise a child with him is now... not raising a child with him, and doing so while looking like a snack. Sorry, bro.

The moral of the story here is to remember what you signed up for. Seems obvious, but some people have a harder time with this than others. Also, if you are going to be bitter about sleeping in the bed you made, maybe don't post about it online. You will likely get your ass handed to you, just like this "poor" guy did.

This article was originally published by our partners at someecards and was written by Irene Fagan Merrow.

Summer is officially over, which means we’re looking for any excuse to get together and watch a game or grill outside in the cooling temperatures.

The thing about hosting though is figuring out what to feed your guests—especially with rising prices all around. And frankly, everyone is sick of pizza.

Carole Baskin fought for 11 years to get it passed.

A tiger at the Endangered Animal Rescue Sanctuary and a mugshot of Joe Exotic from Santa Rosa County Jail.

Netflix’s “Tiger King” will go down in history as the collective distraction that helped America get through the dark, depressing days of early COVID-19 lockdowns. The show followed the true story of the feud between private zoo owner Joe Exotic, the self-described “gay, gun-carrying, redneck with a mullet,” and Carole Baskin, founder of Big Cat Rescue.

Exotic is currently serving out a 21-year prison sentence for animal rights abuses and hiring someone to kill Baskin.

The show was a raucous look inside the world of big cat owners and brought a lot of attention to the animal abuse that runs rampant in the industry. The light it shed on the industry was so bright it led Congress to take action. The Senate unanimously passed the Big Cat Public Safety Act on December 6. The House had already passed the bill in July.

The White House has signaled that President Biden will sign the bill into law.

Google's Year in Search is like a modern-day time capsule.

Google's 2022 Year in Search report shows what trended this year.

There's a lot you can tell about a person by their search history (unless they're a murder-mystery writer, in which case no one should jump to conclusions). And our search habits on the whole can tell us a lot about ourselves as a collective as well.

For better or for worse, what we look up on the internet is an indicator of what we care about, and Google's Year in Search report gives us some insight into what we cared about this past year.

There are reports for different countries as well as a global report. Let's start with what my fellow Americans looked up, shall we?

Keep ReadingShow less
google
Get stories worth sharing delivered to your inbox
By signing up you agree to Upworthy's privacy policy.
Trending Stories
mental health
Health