Sell your poop, save lives. No, seriously.

Just because it's called "number two" doesn't mean it's not important. 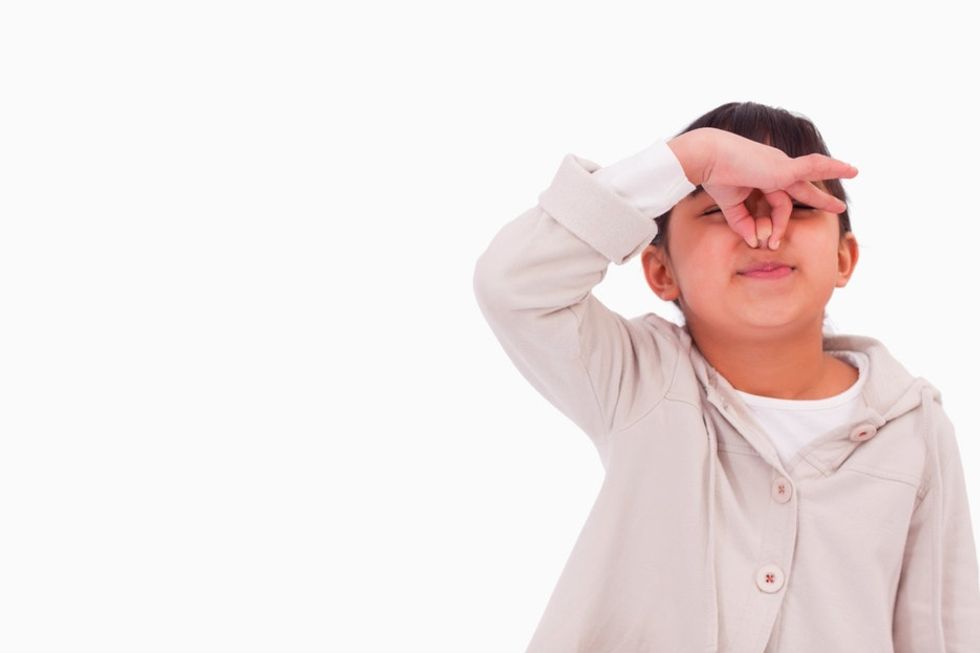 I think we can all agree that poop is pretty gross.

But a Massachusetts nonprofit called OpenBiome is just dying to get their hands on yours.

But to understand why OpenBiome wants your poop, we need to talk about something called "C diff."

It's not Good & Plentys ... it's bacteria! Image by Sanofi Pasteur/Flickr.

C diff (Clostridium difficile) sounds an awful lot like a rapper from the '90s, but it's actually a strain of bacteria that lives in all of our stomachs. Usually, it's pretty chill and gets along great with all the other bacteria living in our guts. But our bodies are an incredibly delicate ecosystem — just look at what happens when your body temperature goes up a few degrees. If something upsets your internal balance, the consequences can be dire.

So when that C diff bacteria starts to outnumber the rest of its bacteria buddies, look out.

The most common symptoms are severe diarrhea and intense abdominal pain, which don't sound that bad until you realize over half a million people in the United States suffer from a C diff infection every year — and about 1 in 30 of them die as a result.

Even worse? C diff is a particularly unwieldy bacteria to treat. Antibiotic treatment tends to just wipe out even more of the good bacteria in our guts, allowing the C diff infection to grow stronger and stronger.

This is where your poop comes into play. Yes, yours!

The founders of OpenBiome, James Burgess and Mark Smith, opened their doors after watching a close friend suffer through a brutal seven-month battle with Clostridium difficile.

Fortunately, that friend turned out OK in the end.

Because a poop transplant saved their friend's life.

Yep. That's right. A fecal microbiota transplantation, or FMT. Think of it as a blood transfusion, only, you know, with poop.

Ever since their friend's ordeal, Burgess and Smith have dedicated their lives to improving access to and the effectiveness of these "poop transplants." And they need poop donors like you and me to make it all happen.

When it comes to your basic case of diarrhea, a doctor might recommend some probiotics, like yogurt or other dairy products. But these simple treatments just don't offer enough good bacteria to overpower the growing C diff in an infected patient's gut.


In an FMT, someone with healthy bacteria (or normal poop) donates a sample to be given to the C diff patient — usually through one of the two horrible ways noted in the video below (nanogastric tube or fecal enema).

From there, it (usually) doesn't take long for the transplanted bacterial community to become dominant, which stabilizes the patient's digestive system and makes the diarrhea go away. Hooray!

It all hinges on donations from healthy folks like yourself. And OpenBiome is willing to make it worth your while.

Bet you never thought someone would be willing to pay you up to $40 for a sample of your poo, but that's exactly what Burgess and Smith are proposing. If you're up for donating five times a week, you could wind up pocketing nearly $13,000 per year!

Now the bad news. It's REALLY tough to get approved to be a donor. For starters, you have to be near one of OpenBiome's Massachusetts collection centers to donate. You also have to be between the ages of 18 and 50 and able to make at least four donations a week, which may or may not be a problem for you.

But if you can, join the program and donate your healthy waste to people who need it.

This kind of icky science has a hard time gaining support (because you know, ICK!) even though it's currently saving lives in more than 290 hospitals in 45 states and five countries.

If you can't give a sample, at least spread the word about the amazing work OpenBiome is doing.

One way or another, they need people to start giving a crap. Literally.

And don't forget to check out the video below from MinuteEarth for more on how FMTs work.