See what Swedish researchers found when they let a group of nurses work 6-hour shifts instead of 8. 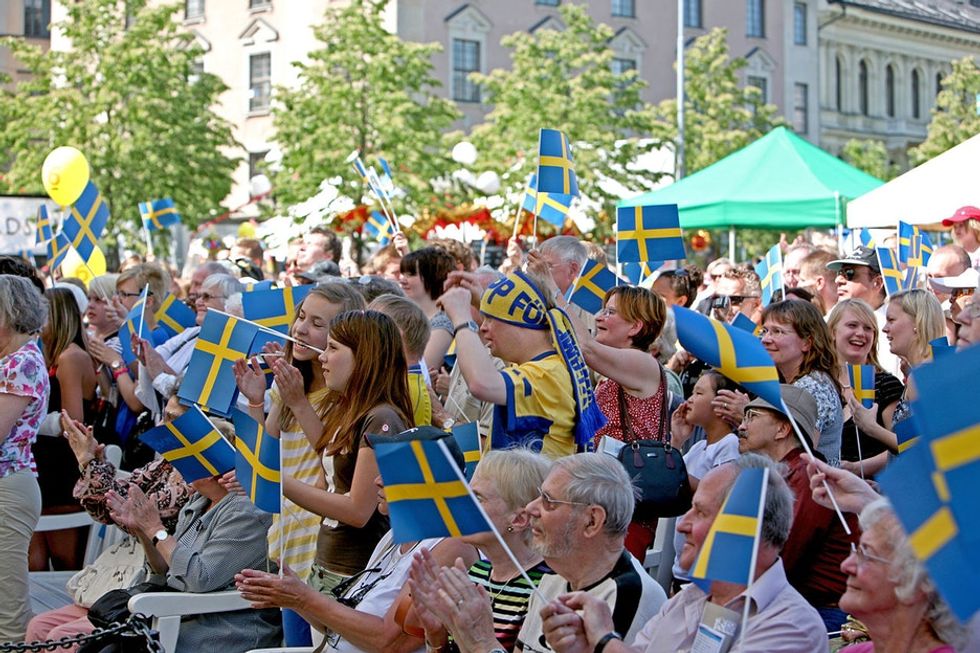 Sweden has built quite a reputation in the modern world.

The country has been admired and nitpicked on topics ranging from their furniture to their relative egalitarianism. (Don't lose it! Please!)

And with a recent experiment, Sweden has a lot of the developed world craning their necks to see what happens next.

Swedish researchers have been studying the effects of paying people the same amount of money to work fewer hours.

Nurses at Svartedalens nursing home in Gothenburg (Sweden's second largest city) worked six hours a day for the same pay they received for eight hours. They were compared to a control group working standard eight-hour shifts in a different facility. According to reporting by The Guardian, the experiment was quite the success.

Here are five things to know about the six-hour workday:

1. It can make people happier and healthier.

Working fewer hours gives people more time to spend with loved ones and to take care of themselves. Plus, the Harvard Business Review says you're not doing yourself any favors if you work so much that you're losing sleep over it. Overwork could put you on a treadmill of underperformance.

Lise-Lotte Pettersson, a nurse at Svartedelans who participated in the experiment, told The Guardian that she felt able to handle more of what life needed from her. "I used to be exhausted all the time. ... But not now. ... I have much more energy for my work, and also for family life."

2. It can kick productivity into overdrive.

It takes time to settle into a six-hour workday, but when it's on, it's on.

Linus Feldt cut his tech company's workday to six hours in 2014, and he says his team has gotten more focused. He told The Guardian he believes "time is more valuable than money" and that more personal time can motivate people to work efficiently and without dampening quality.

Now there's research to back up Feldt's suspicions. A work study out of Stanford University found that "increases in output as hours rise beyond 50 in a week are relatively small." And there's no productivity difference between 55 and 70 hours.

GIF from "The Great Gatsby."

Reduced work hours offer the work-life balance that a lot of professionals want — sometimes more than money. That's what Maria Bråth, CEO of a Swedish Internet startup, has learned since she started the six-hour workday in 2012.

Bråth believes people are a company's most valuable resource and keeping them happy is important. She thinks a six-hour workday can go a long way toward that end. "It has a lot to do with the fact that we are very creative," she told The Guardian. "We couldn't keep it up for eight hours."

4. It puts people in jobs and money in their pockets.

A lot of companies can't cut their workdays without having to hire more people because otherwise work would get left on the table. So if we're looking purely at job availability, a six-hour workday isn't a bad way to boost employment.

Svartedalens hired 14 new people to make up for the staffing shortfall created by the reduced workday. It cost the facility $1 million, but as a state-owned nursing home, revenue isn't a key concern. And what they gained in employee happiness and quality of care for their patients was priceless.

That brings us to our final learning.

5. It can be profitable for businesses.

GIF from "Eastbound & Down."

Gothenburg's Toyota service centers have used six-hour workdays since 2002, and they never looked back. In addition to all of the above being true of their experience, Martin Banck, the managing director who started the policy, told The Guardian they've since enjoyed a 25% increase in profits.

Sweden isn't the first country to experiment with a six-hour workday, and hopefully it won't be the last.

One early adopter was an American company in the thick of the Great Depression. Kellogg's Michigan-based cereal plant swapped its three eight-hour shifts for four six-hour shifts after founder W.K. Kellogg heard about the possible productivity gains.

The company ended up hiring hundreds of people who desperately needed jobs, costs went down, productivity rose like gangbusters, and because of all of that, the company was able to shell out the same wages for six hours that it did for eight.

Sounds pretty sweet, right? Well, the age of the six-hour workday came to an end more than half a century later because Kellogg stopped holding the line on the rule and allowed departments to independently decide their work hours.

Benjamin Kline Hunnicutt, author of "Kellogg's Six-Hour Days," explains that in the decades after World War II, managers everywhere adopted the view that nonstop work was a sign of progress, forgetting the importance of leisure for health and happiness.

The upside is that Kellogg's proved that a six-hour workday can work. And thanks to the city of Gothenburg and Sweden's other experimental enterprises, we now know it still can.

Six-hour workdays may not fit like a glove for every company or industry, but the principle behind it can apply in any setting.

It all comes down to one simple question: Do we live to work, or do we work to live?