See the historic launch and landing of the first rocket to return from orbit in 1 piece. 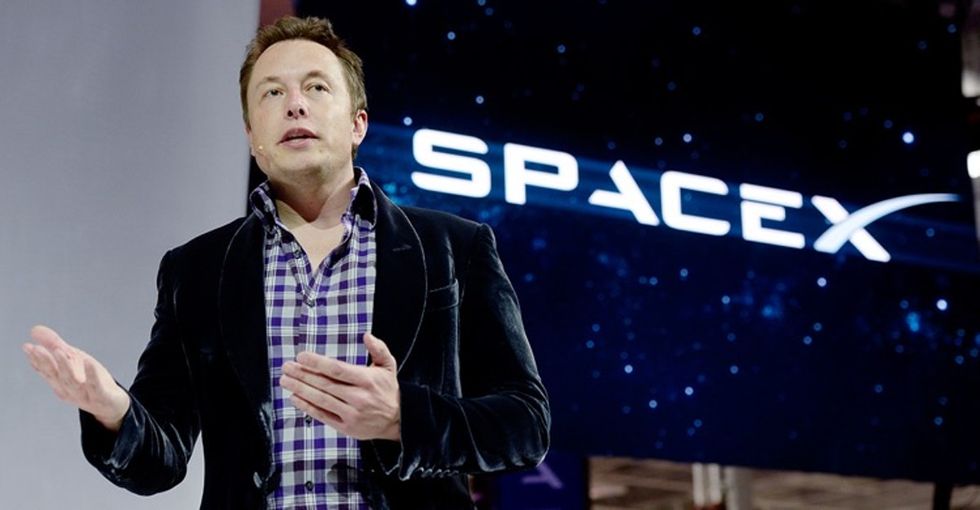 Rocket science is alive and as awesome as ever.

If you've been dying for some rad space news since NASA completed its last space shuttle mission in 2011, it's finally here.

SpaceX made history on Dec. 21, launching the first rocket to reach orbit and touch back down on Earth in one piece.

Once in orbit, the SpaceX's Falcon 9 rocket successfully delivered a payload of 11 satellites for communications firm Orbcomm.

GIF from SpaceX via ShantiUniverse/YouTube.

Reaching orbit and dropping off the luggage was the easy part. The landing is what scientists were most worried about.

SpaceX needed a pick-me-up this year after two failed attempts to land Falcon 9 rockets after making their orbital deliveries.

The first one exploded on impact at the platform.

The second one was little clumsy on the landing and tipped over into the ocean before also exploding into a scatter of pricey debris.

But the third time was the charm. The mission was flawless from start to finish.

Onlookers were ecstatic as the flares dimmed and smoke cleared to reveal the standing rocket, especially at mission control.

GIF from SpaceX via ShantiUniverse/YouTube.

And SpaceX CEO Elon Musk was obviously in a great mood.

The success of this mission has huge implications for the future of space exploration.

Launching rockets hasn't exactly been the most efficient endeavor. Right now, most rockets are one and done.

They use expendable launch systems — boosters break away from the rocket to lighten its load once their propulsion stages are complete, "falling back to Earth as expensive junk," wrote The New York Times.

Explosion at launch? Better luck next time. Successful launch? Great! But you're still going to have a build a new rocket because that one is hereby a museum piece.

Not only would they make it cheaper to send satellites into orbit, cargo shipments to the International Space Station, or rovers to other planetary bodies, but they can also open a whole new market for commercial space travel.

"If one can figure out how to effectively reuse rockets just like airplanes, the cost of access to space will be reduced by as much as a factor of a hundred. A fully reusable vehicle has never been done before. That really is the fundamental breakthrough needed to revolutionize access to space."

"A fully reusable vehicle has never been done before" — until now, that is. And Musk has an ambitious vision for how this victory of rocket science can one day serve humanity.

Eventually, he hopes it can create opportunities for human settlements on Mars.

Like the debut of single-celled organisms, the emergence of multi-celled plants and animals, and the development of human consciousness, Musk sees the prospect of multi-planetary life as an important evolutionary milestone.

If (or when) that day comes, let's just hope humans have evolved to better appreciate how precious the worlds we inhabit really are.