Our blood donation rules need a makeover. Let's start with who is allowed to give.

Who could be donating blood that isn’t? One answer: Queer men. 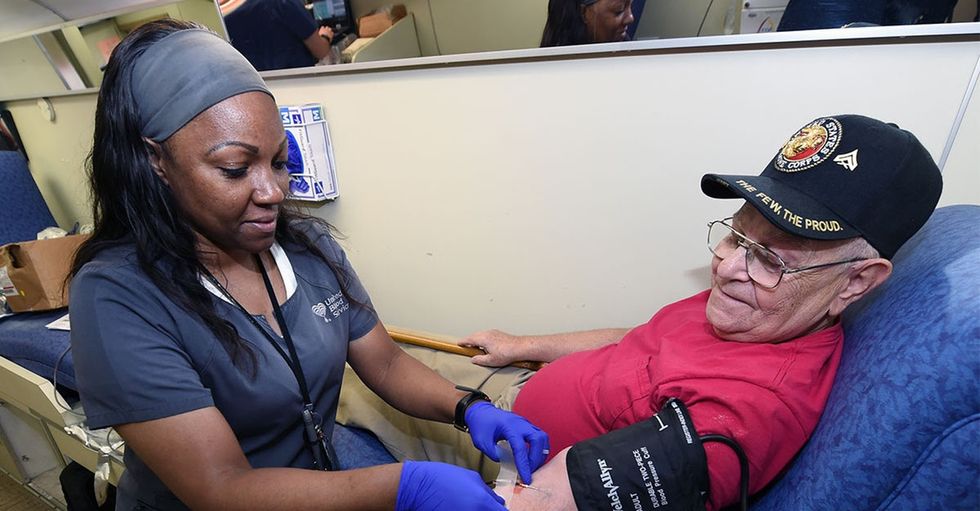 Despite the desperate need for blood donations, very few people who can donate blood in the United States actually do.

"Of the eligible donors — and I think about 38% are eligible to actually donate — there's probably about 3 or 4% that actually do donate. That's alarming," said Red Cross spokesman Joe Zydlo in a recent interview.

The surprising number knocks a lot of misconceptions about blood donation in America. Someone in the U.S. needs a blood donation every two seconds, according to the Red Cross. And yet, the low number of blood donation rates means that those in need of blood aren’t being served.

It begs the question: Who could be donating blood that isn’t?

In 2015, the Red Cross lifted the lifetime ban on blood donations from men who have sex with men. But, the flawed rule only applies to men who haven’t had sex with other men within a year of donation.

Dating back to antiquated U.S. Food and Drug Administration (FDA) laws from 1983, gay men were originally prohibited from donating blood entirely due to stigma about gay men as the HIV panic grew in the United States. Gay men and queer activists fought the laws for decades, ultimately finding some success in the 2015 FDA guidance, which states, "Defer for 12 months from the most recent sexual contact, a man who has had sex with another man during the past 12 months."

The guidance, while a step in the right direction, is still rightly criticized as being biased and not doing enough to open the pool of donors.

For example, when the Pulse massacre happened in 2016, numerous queer men attempted to step up and help the queer community by donating to shooting victims, only to be turned away by blood donation centers.

From mass shootings, to fatal natural disasters, blood donations centers are always in need of committed donors. It's imperative we accept as many willing donors as possible, regardless of sexual activity or preference.

So, how do we make sure that those in need get help while also working toward a more inclusive society?

For starters, you can donate. Visit the Red Cross's blood donation page to figure out if you're eligible to give blood, and when you can do it.

It’s long overdue that we open the opportunity to all people regardless of sexual identity and history. When we do this, not only do we help those in need, we foster a society that is rightly inclusive for everyone.

Click here to find a blood drive in your area today.

Maybe it's because I'm a writer, but I'm a bit of a pen snob. Even if I'm just making a list, I look for a pen that grips well, flows well, doesn't put too much or too little ink into the paper, is responsive-but-not-too-responsive to pressure, and doesn't suddenly stop working mid-stroke.

In other words, the average cheap ballpoint pen is out. (See? Snob.)

However, Oscar Ukono is making me reevaluate my pen snobbery. Because while I'm over here turning up my nose at the basic Bic, he's using them to create things like this:

Keep Reading Show less
science
Get stories worth sharing delivered to your inbox
By signing up you agree to Upworthy's privacy policy.
Trending Stories
politics
Culture