New Zealand has made history with a law to help victims of domestic violence. 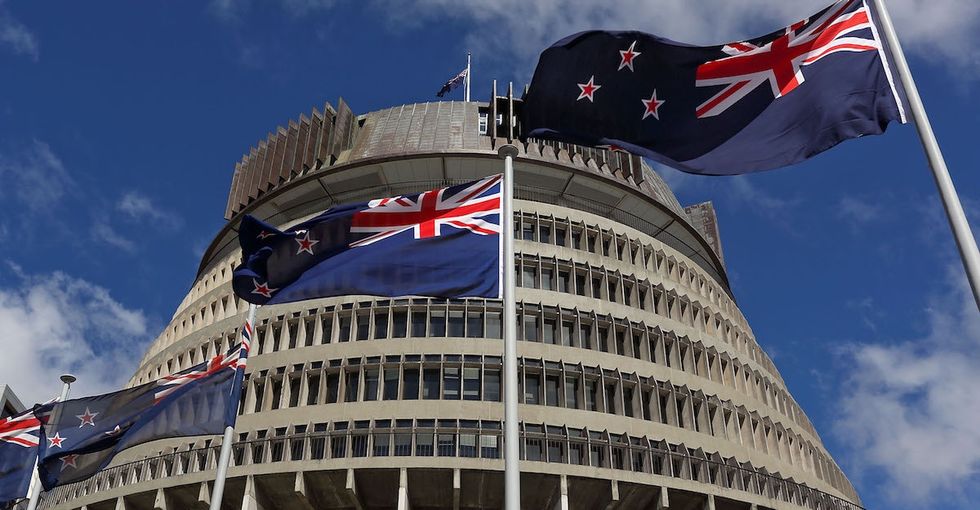 New Zealand will be the first country in the world to offer victims of domestic violence paid leave.

The new bill, which takes effect in 2019, allows those who are leaving abusive relationships 10 days off work (in addition to any paid sick time) in order to find new lodging. The new legislation also lets employees ask employers for flexible work schedules as they adjust to their new lives.

This piece of legislation was seven years in the making, and it's a huge win. In New Zealand, the rates of domestic and family violence are reportedly some of the highest in the world — according to a New Zealand Herald article from 2017, approximately "525,000 people are harmed by family violence on an annual basis."

#NewZealand, which has 1 of the highest rates of #domesticviolence in the developed world, just passed a law granti… https://t.co/KImDI4KmE9
— equalitynow (@equalitynow)1532628833.0

This bill is an important way forward in creating tangible ways to support people living in violent situations.

Jan Logie, a member of New Zealand's House of Representatives and the author of the bill, emphasized that domestic violence isn't just limited to the home.

"It reaches into workplaces all over our country: stalking, constant emails, attacks, or threats in and outside of the workplace making her late or making her miss work altogether, punishing her for being late," she said during the final debate on the bill.

By mitigating the fear of economic insecurity that prevents many people from leaving violent situations, the bill sends a clear message that domestic violence is not the fault of the victim and that leaving an abusive relationship shouldn't come with negative financial repercussions.

New Zealand's win is an example of policy done right. Other countries should consider following suit.

Domestic violence is, unfortunately, a global problem. According to the World Health Organization, 30% of women worldwide have experienced physical abuse at the hands of an intimate partner. And, in America, 1 in 3 women and 1 in 4 men have been victims of domestic violence in their lifetime, according to The National Coalition Against Domestic Violence. And as the world fights to end this phenomenon, it's imperative that victims be supported on a wide systemic level.

New Zealand is leading by example. The rest of the world should take immediate notice.