Nevada just made history by putting women in charge of its government. 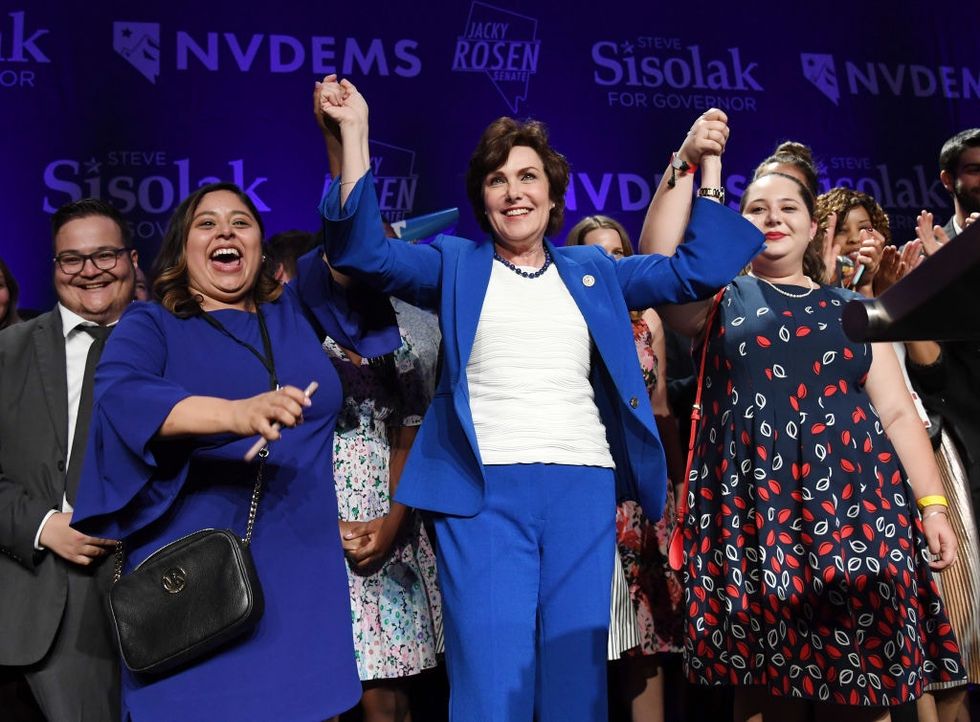 Nevada and Colorado have made U.S. history, opening their state legislative sessions with female majorities.

Women make up 50.8% of the American population, so it only seems logical that women would make up approximately half of our elected representatives. However, only 25.3% of state legislative seats in 2018 were held by women. With the November midterm elections, that percentage increased to 28.5%—still abysmally shy of half.

Enter Nevada and Colorado, two shining beacons of hope for women in government. As of Monday, Nevada became the first state legislature with a female majority, with approximately 51% of state representatives and senators combined being women. And Colorado became only the second state ever to have at least one chamber of its legislature—its lower house—be majority female. New Hampshire was the first, when its state Senate held a female majority in 2009 and 2010.

“It’s a great victory,” said Bea Duran, a new Democratic member of the Nevada Assembly, in an Associated Press telephone interview. “Women are proving to have more knowledge and aren’t afraid to show that power that they have.”

After covering the Nevada Legislature on a daily basis for more than 20 years, it is my honor to have photographed… https://t.co/WqAaEtaBrY
— Nevada Momentum (@Nevada Momentum) 1549315432.0

The U.S. lags far behind many other countries when it comes to female representation in government.

The Center for American Women and Politics at Rutgers University has a neat little info page that shows where we stand when it comes to gender parity in politics. Women still make up less than a quarter of the U.S. Senate and U.S. House of Representatives. Less than a quarter of mayors are female. Less than a fifth of state governors are women. And we have still never elected a female President or Vice President in this country.

Compare that to the dozens of countries around the world who have had female heads of state, including India, Turkey, Bangladesh, Ukraine, Argentina, and many more. Rwanda, Cuba, and Bolivia all have female majority legislatures. According the U.N., as of November 2018, 49 single or lower legislative houses were 30% female or higher, including 21 countries in Europe, 13 in Sub-Saharan Africa, 11 in Latin America and the Caribbean, 2 in the Pacific, 1 in Asia and 1 Arab State. The United States is not among them.

We Americans tend to think ourselves quite progressive, but when it comes to leadership and power, we have some pretty extreme patriarchal norms to overcome.

Research shows that women do win elections in America—when they run.

Naturally, it's going to take time to mitigate the fact that women were actively shut out of politics for most of our country's history. But there's more that we can do to speed up the process.

Erin Loos Cutraro, founder and CEO of She Should Run, spoke to Upworthy about what needs to be done to get more women into elected positions.

"We know that when women run, they win at the same rate as men," Cutraro said. "They're just not running. That doesn't mean that there aren't challenges — like fears about raising money, balancing home, work, and campaigning, and other barriers unique to women — but the bigger challenge is convincing women of all walks of life that they have something to give to their communities and their country and to put their names on the ballot."

Perhaps the legislatures of Nevada and Colorado will inspire more women to run for office and shift our elected representation closer to real gender parity.