Need your child to complete a boring task? The 'Batman effect' may help. 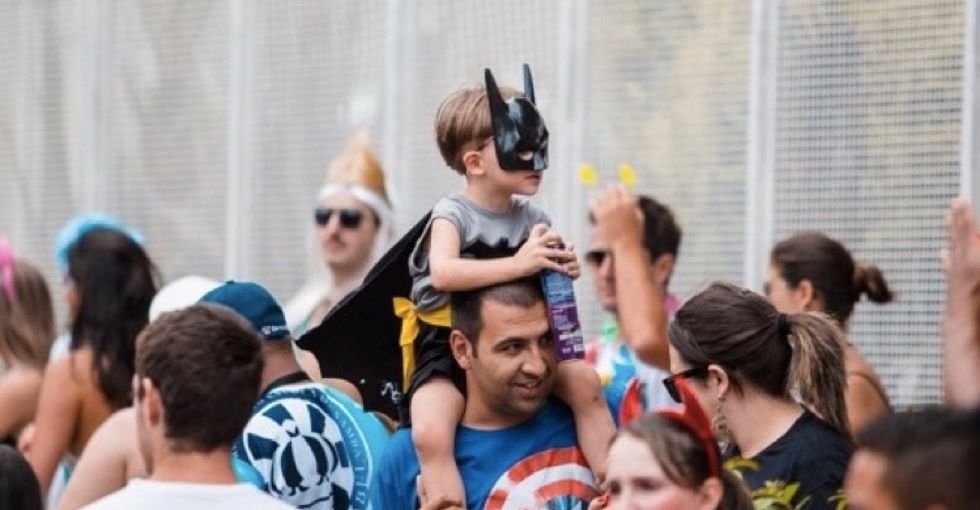 For parents and teachers everywhere, getting a young child to focus is one of life's greatest challenges.

If you don't know a kindergarten-aged kid or you can't remember what it's like to be 5, here's a refresher: Everything else is more interesting than whatever you're currently doing. Your brain is in constant pursuit of fun. For children, it's fabulous. For their parents and teachers, it's exhausting.

But a 2016 research study released this fall may have cracked the code on getting kids to stay on task. And the answer lies in Batman.

GIF via "The Dark Knight." ‌

‌Well, maybe not that seriously. Here's how the study went down.

180 children between the ages of 4 and 6 were recruited to do memory tests, mental challenges, and finally a boring — but age-appropriate — 10-minute task on the computer. Researchers told the children this task was very important but also mentioned they could take breaks whenever they felt like it to play a game on an iPad in the room.

Still with me? Here's where the caped crusader comes in.

The final group of children were placed in the "Batman condition." These children were asked to make believe they were Batman, Dora the Explorer, Rapunzel, or Bob the Builder and were even handed a prop (like a cape) to help them get into character. This group heard a recording asking "Is [the character they selected] working hard?"

Regardless of age and mental ability, the kids placed in the "Batman condition" group spent the most time on the boring task.

The researchers have a few ideas as to why the "Batman condition" kids were so much more successful.

Allowing the children to imagine themselves as a fictional character may have made an otherwise dull task more interesting. It's also possible that the children took on the persona of the character and tried to do their best to be helpful, respectful, and capable.

What does this mean for teaching kids about persistence?

Since it's kind of abstract, perseverance is really hard to teach. But the results of this study signal that perhaps it can be taught through role play, which is accessible to very young kids, who often are accustomed to engaging in make believe.

But there may be something to this research for adults too. After all, a 2010 study revealed that adults sitting or standing in "power poses" (open poses like Superman's, for instance) for as little as one minute released fewer stress hormones and were more likely to "embody power" and confidence.

So parents and teachers, next time the little one in your life insists on wearing their superhero cape or princess outfit to school, give it a whirl.

It may help them stay on task — or if nothing else, you'll get some adorable (and embarrassing) photos to share when they're in high school. Win, win.