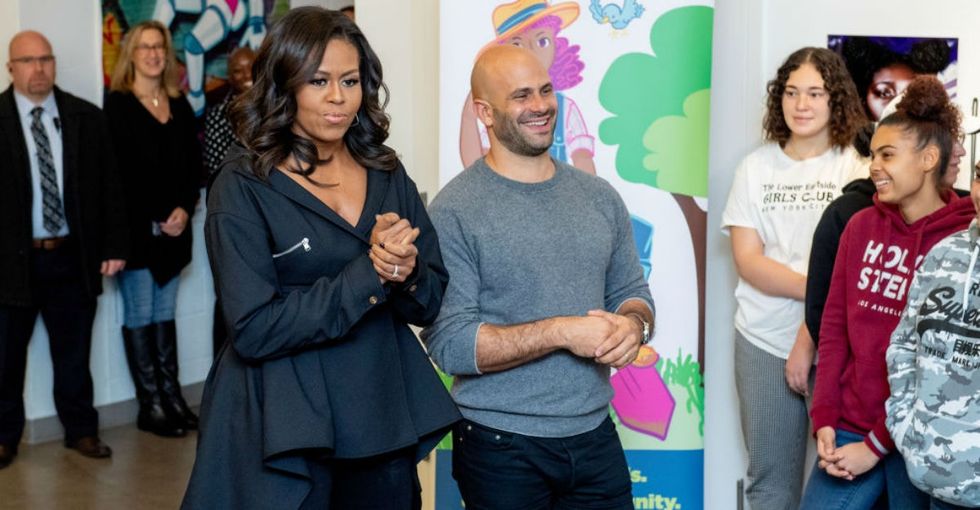 The poll numbers and approval ratings are remarkably consistent: If Michelle Obama decided to run for president, she’d have a very, very good chance of winning.

There’s just one problem: She has zero interest in running for president or any other elected office.

The former First Lady is in the middle of a book tour that is selling out stadiums and other large venues across the country. Her memoir “Becoming” has reportedly already sold upward of 2 million copies, making it the top-selling non-fiction book of 2018.

But over the weekend, she faced a surprisingly inquisitive audience that wanted to know what millions of Americans and people around the world are dying to discover -- will she run for president against Donald Trump in 2020?

Before an official appearance in New York on Saturday, Obama stopped by for a surprise visit with a small ground of young school girls and invited them to “ask me anything.”

“You can ask anything! I am ready,” she jokingly told the group of about 30 girls.

When one of them asked why she didn’t run for president in 2016, Obama cited a few reasons, according to The New York Post, including security concerns surrounding her two daughters. But even if security wasn’t a concern, she has a much more basic, unshakeable principle to consider:

“I don’t wanna be president!” she told the students. “My path has never been politics. I just happened to marry somebody whose passion was politics. Just because he likes it doesn’t mean that I like it!”

Afterward, Obama continued to make news. During her formal book tour appearance at the nearby Barclays Center, she pushed back against the phrase “Lean in,” made famous by Facebook executive Sheryl Sandberg.

“And it’s not always enough to lean in, because that shit doesn’t work all the time,’” Obama reportedly said to laughs and gasps when asked about the recent trends of pushing for greater equality and respect in the workplace.