Maisie Williams rewrote a sexist headline about herself because she is the best. 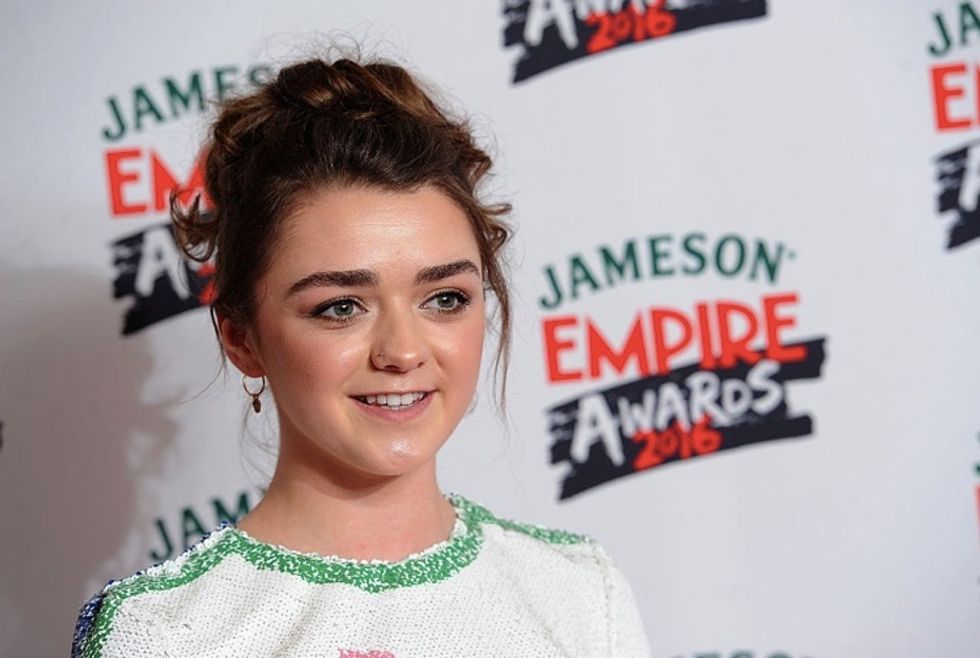 You probably know Maisie Williams as Arya Stark from "Game of Thrones."

On screen and off, Williams is pretty much the best.

First, she's incredibly charitable. She once donated over $14,000 (£10,000) to a cancer charity started by her friend and raised money for dolphins by skydiving.

She's also taken many opportunities to speak out against sexism and society's tendency to put women in a box and tell them what they can't do more often than what they can.

She's an ambassador for the #likeagirl campaign and delivered a speech in New York last summer where she said, in part:

"It's time for society to stop telling girls what they should and shouldn't do. And instead through the quietest whispers and the loudest megaphones tell them that they are unstoppable."

Then she saw this sexist headline about her attending a charity event: "Unveiled: Game of Thrones' Maisie Williams goes braless in sheer lace dress and quirky headpiece at charity masquerade ball."

Let's just say she wasn't thrilled about it.

The article was about Williams' attendance at the 2016 Masquerade Ball for the National Society for the Prevention of Cruelty to Children or NSPCC.

While the headline takes the time to address the fact that she attended "braless," it fails to mention that she helped raise money for an organization she cares about. It also failed to treat her as more than a clothing rack.

I know that's not Arya, but still.

Tabloid headlines about women are often sexist and objectifying, critiquing outfits and makeup instead of saying anything remotely substantive.

It's such a rampant problem, that a while back Vagenda magazine asked Twitter to fix this problem headline by headline, and the results were amazing:

With her tweet, Williams managed to address media sexism, draw attention to a worthy cause, and cement her place as one of the best in the west.

It doesn't matter if she's playing a princess, assassin, or a girl just trying to make her way, on Twitter, Maisie Williams is nothing less than a queen.