LGBT people are calling on Beyonce to be a hero and save her hometown.

There's only one person who can stand up for truth, justice, and the American Bey. 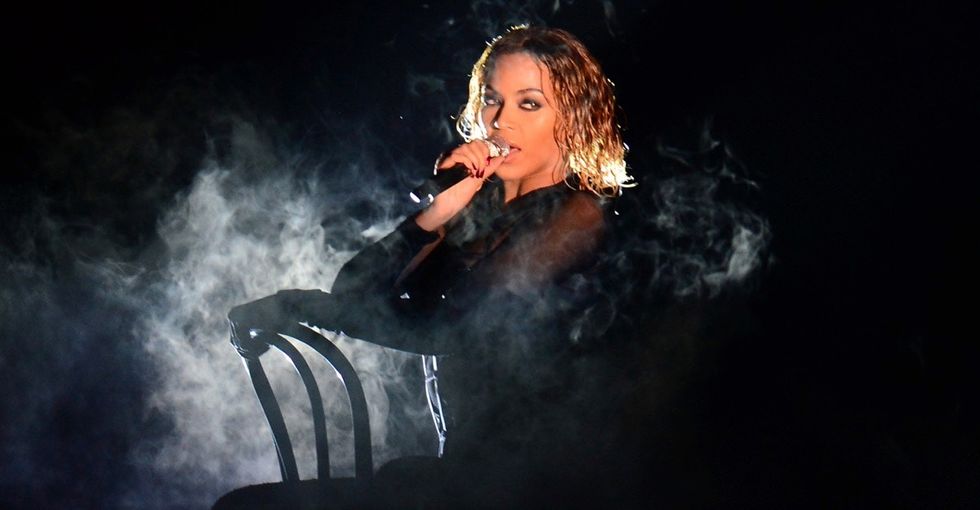 HERO was perhaps better known as the Houston Equal Rights Ordinance, and it banned anti-LGBT discrimination in Houston.

Prior to that, Houston was the largest city in the U.S. without a non-discrimination ordinance inclusive of lesbian, gay, bisexual, and transgender individuals. Passing HERO was a big deal for LGBT individuals, who before the ordinance had to worry about whether or not they'd be denied housing, employment, or service at a local business just because of their gender identity or sexual orientation.

This was huge news. Yay, Houston!

But like all good stories, the one has some major conflict. Photo via Thinkstock.

But some homophobic Houstonians wanted to put an end to HERO, and like any villain, they hatched a plan.

Soon after the bill passed, those who opposed the bill began work on collecting roughly 20,000 signatures they'd need to put the law up for a public vote. They had 30 days to do so, but they came up hundreds of signatures short.

Last month, the Texas Supreme Court ruled that the public should be able to vote on HERO anyway.

With rights of the city's 2.2 million residents on the line, it was time to ask for the help of a hometown hero: Beyoncé.

LGBT activist Carlos Maza lit the Beyoncé-signal, calling on her to use her star power to save HERO.

HERO needs a heroine, and her name is Beyoncé.

OK, so no, this isn't actually a Beyoncé-signal, it's a picture from the Super Bowl XLVII Halftime Show in 2013, but you get the point. Photo by Christian Petersen/Getty Images.

In a Huffington Post blog, Maza pleads with the singer to once again wade into the political realm and voice her support for LGBT rights:

"Houston is in for a nasty, dishonest and divisive campaign to repeal HERO and legalize discrimination against LGBT Houstonians. These kinds of campaigns don't usually end well for LGBT people: they're dehumanizing, traumatic and usually result in LGBT people losing their basic civil rights.

But that could change if the world's proudest and most famous Houstonian decides to stand up for her LGBT fans and speak out in favor of keeping HERO. With a single post to her over forty million Instagram followers, Beyoncé could change the debate over Houston's Equal Rights Ordinance and mobilize support for protecting LGBT Houstonians from discrimination."

The #BeyBeAHERO movement was born.

"Beyoncé is the world's most famous Houstonian, and she's always been a true ally to her LGBT fans," Maza told me about why he chose to put a focus on Houston and drafting Beyoncé to the cause. "The LGBT community in Houston really needs her help now, and I think this is a really great opportunity for Bey to do a lot of good for her hometown."

While she hasn't (yet) responded to the #BeyBeAHERO calls, we do know that Beyoncé supports LGBT rights.

ln a 2014 interview with OUT Magazine, Beyoncé was asked about her lyrics and large LGBT fanbase:

"[W]hat I'm really referring to, and hoping for, is human rights and equality, not just that between a woman and a man. So I'm very happy if my words can ever inspire or empower someone who considers themselves an oppressed minority. ... We are all the same and we all want the same things: the right to be happy, to be just who we want to be and to love who we want to love."

And last month, she posted a short video to her Instagram and YouTube pages in support of the June Supreme Court ruling on marriage to the tune of her song "7/11."

Will Beyoncé help save the rights of LGBT Houstonians? Will the rights of 2.2 million people fall by the wayside? Tune into #BeyBeAHERO to find out!