'King' of golf Arnold Palmer left behind a legacy of giving back.

Palmer was one of the world's most dominant sports figures, but it's what else he did that makes him a legend. 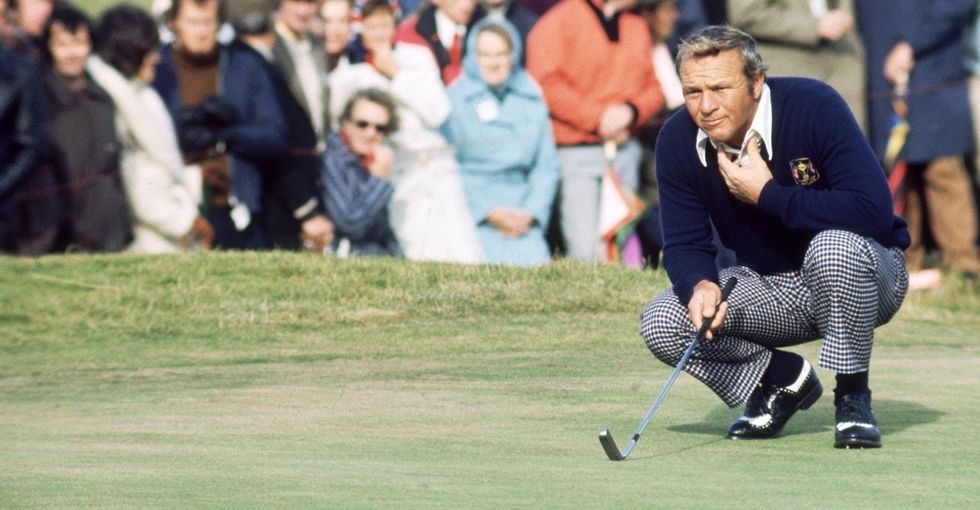 The Associated Press pick for "Athlete of the Decade" for the 1960s, Palmer was a dominant force in the sporting world, winning 62 PGA Tour events, the fifth-most of any golfer in history. A true legend, Palmer is credited with helping make golf mainstream and commercialize it in America.

But less talked about than his stunning professional career are his decades of charitable work — most notably, his work with the Arnold Palmer Hospital for Children in Orlando, Florida.

During the mid-1980s, Palmer and his wife, Winnie, visited the neonatal intensive care unit and pediatrics wing at Orlando Regional Medical Center. Though staffed by talented and hardworking doctors, the facility lacked a number of resources. This, sadly, meant that many Orlando-area children would need to travel to other cities (Tampa, Jacksonville, Gainesville, Miami) for specialized care.

Inspired by the doctors at ORMC, Palmer dedicated himself to improving their working conditions and raising the funds to open a dedicated children's hospital. In 1989, the APHC opened its doors.

In 2006, the Winnie Palmer Hospital for Women and Babies opened, expanding the work of the the APHC. Since the APHC's opening, nearly 200,000 children have been born there and at the WPHWB, with more than a million patients served.

"Making a positive change in the life of a child or young person is the most significant thing you can do," Palmer once said. "Improving the health and well-being of children is everyone's mission."

In addition to his work bringing health care to women and children, Palmer's charitable foundation, Arnie's Army, has tackled topics such as the environment and prostate cancer research, raising millions of dollars for those causes.

Palmer's work both on and off the course won't be forgotten anytime soon.

"For all who love the game of golf, and for those who love to see it played, there has never been a sight in the game quite like Arnold Palmer walking down the fairway toward the 18th green," Bush said at the ceremony.

Palmer, standing alongside Rita Moreno, is awarded the Presidential Medal of Freedom by President George W. Bush at the White House in 2004. Photo by Luke Frazza/AFP/Getty Images.

In a statement posted the morning after Palmer's death, President Obama paid tribute to the late golfer, calling him "the American Dream come to life."

Here's to The King who was as extraordinary on the links as he was generous to others. Thanks for the memories, Arn… https://t.co/r4dLQqt45A
— President Obama (@President Obama)1474859678.0

Friend, rival, and fellow golf legend Jack Nicklaus honored Palmer as well, saying that he "was the king of our sport and always will be."

I just got the news at about 8:45 that Arnold had passed. I was shocked to hear that we lost a great friend—and that...

Arnold Palmer was a beacon of light, a hopeful figure through tough times. His life and death are reminders to be kind, to give back, and above all, to never give up.