Keep your eyes on what Trump does with this historic, bipartisan food-security law. 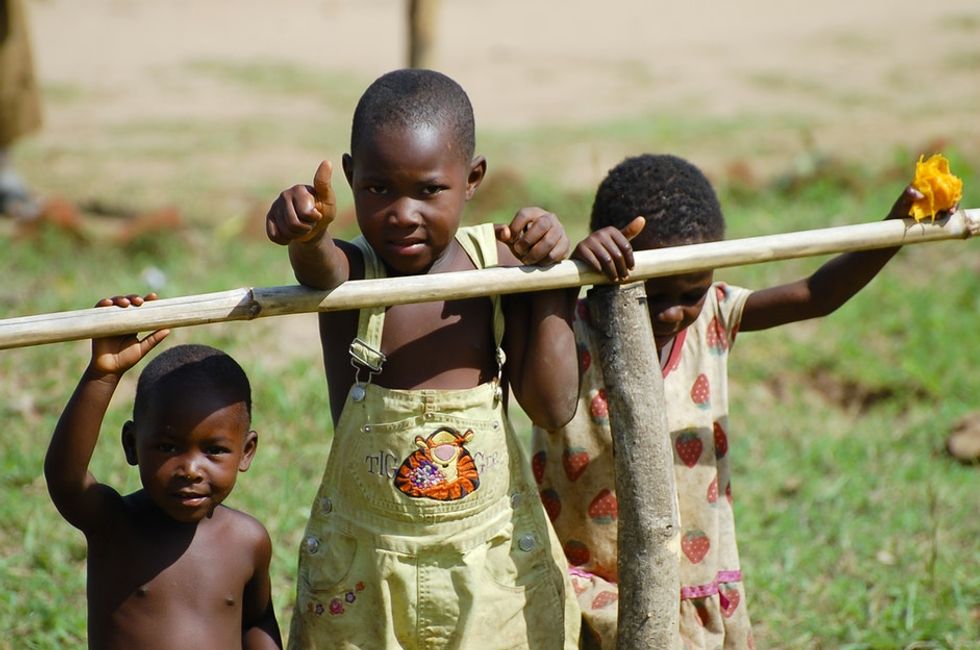 Last July, Republicans and Democrats in Congress took a historical step toward ending global hunger — together.

Dust off your party horn. Congress actually agreed on something!

In a year not known for words like "bipartisan" and "support" sitting together in the same sentence, the two parties joined forces in passing the Global Food Security Act. You bet President Barack Obama signed it into law as soon as he could.

It was a hopeful political moment that went largely unnoticed, with the 2016 election race sucking up everyone's energy. (And, let's be real, whatever brain power we had left went to binge-watching Netflix's "Stranger Things.")

But now the real work begins.

It's up to President Donald Trump to actually see the Global Food Security Act through.

This law, if fully implemented, will reduce hunger, malnutrition, and poverty around the world, saving countless lives and saving us money by increasing global productivity.

It will add crucial oversight to existing U.S. spending, ensuring the most effective use of our taxpayer dollars. It will improve upon the programs we already have in place, like Obama's Feed the Future initiative. It will also help communities be more resilient when facing droughts and floods caused by climate change. And female and smallholder farmers really stand to benefit — a group responsible for producing up to 80% of the food consumed in Asia and sub-Saharan Africa. With investments in their resources and growth, they will be able to boost their incomes, productivity, and, ultimately, their livelihoods.

This is the first time in our history that the U.S. government — the largest provider of international aid — has actually passed a comprehensive strategy like this. It's big!

It took nearly a decade to get to where we are, thanks to numerous nonprofit groups, politicians, private-sector partners, researchers, universities, and farmers all working together. It'd be more than a shame to see it fall through; it'd be morally irresponsible and even a security threat.

With all his talk on national and global security, Trump would be wise to show support for the Global Food Security Act.

Conflict is a leading cause of hunger, and hunger contributes to violence. It's a vicious cycle, with global conflicts now pushing over 56 million people into either "crisis" or "emergency" levels of food insecurity around the world, according to a joint report from the Food and Agriculture Organization and the World Food Programme.

"Addressing hunger can be a meaningful contribution to peacebuilding," the report emphasized.

The Global Food Security Act shows the United States' commitment to ensuring farmers and families can break away from hunger for good.

Let's make sure President Trump makes the Global Food Security Act a priority, moving both our country and the world forward. Sign the petition here.

Another week of 2021 in the books...and now we're fully into September. Holy moly, how did that happen? Pandemic time is so wild.

Another week means another chance for us to counter the doom-and-gloom headlines with some simple rays of sunshine. Need a reason to smile? Here are 10 of them.

1. This story of quick-thinking generosity on 9/11 is a reminder of the goodness of ordinary people.

Mercedes Martinez shared a story on Twitter about how her dad rented the biggest van he could find just before his flight was grounded on 9/11 because he knew people were going to be stranded. He ended up driving seven scared strangers from Omaha to Denver, took them straight to their front doors, and refused to accept any payment. She wants to find the people he helped. Read the full story here and follow her thread here for updates.

Shortly after takeoff, the pilot announced that the flight was being grounded. There was a breach of security and t… https://t.co/Hf6wS5hXbv
— Mercedes Martinez (@Mercedes Martinez)1631242806.0

When he deplaned and heard what was happening, he made his way to either Avis or Hertz (we aren't sure which one he… https://t.co/rNu0xtYshr
— Mercedes Martinez (@Mercedes Martinez)1631242807.0

2. A WWII veteran got to meet the girl who wrote him a letter in the third grade, which he's kept with him for 12 years.

Keep Reading Show less
joy
Get stories worth sharing delivered to your inbox
By signing up you agree to Upworthy's privacy policy.
Trending Stories
design
Design