Joe Biden's response to a protester demonstrates the true power of empathy.

He may not know exactly what that protester was feeling, but he tried to understand. 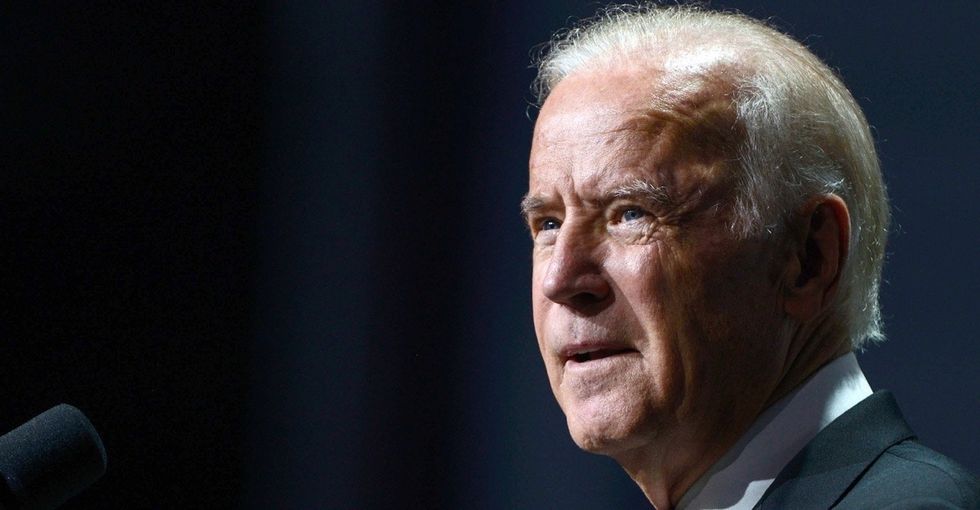 While out campaigning for Hillary Clinton in Ohio, Joe Biden was met with every politician's worst nightmare: protesters.

Or, rather, in this case, one very vocal protester. While the vice president was highlighting the differences between the proposed Clinton tax policy and the one put forward by the Trump campaign, he was peppered with shouts from the audience about a very different (but very important issue): U.S. foreign policy.

"My friend died," the protester, who calls himself Reinas, shouted.

"So did my son," responded Biden.

Last year, Joe Biden's son Beau died of brain cancer at the age of 46. A member of the Delaware National Guard, Beau Biden served a tour in Iraq.

"I respect Biden’s son and everything he did. But I was a bit confused as to the relevance to the conversation," Reinas told The Guardian. "I am not against the Obama administration and I respect Joe Biden. After hearing what he said, I think maybe he means well, but it was evident that he hasn’t been briefed on the situation in Syria."

And he has a point. Beau Biden did not die in the war itself. And maybe that makes his retort imperfect. Even so, it gets at a deeper human issue: empathy. Reinas knows what it's like to experience the loss of someone close to him. So does Joe Biden. So do many of us.

"Come back after and talk to me about this. OK? You have my permission," said Biden.

And while it seems the two were unable to connect afterward due to scheduling issues, Reinas did get his phone number into the hands of one of Biden's Secret Service agents.

"At first they toyed with the idea of my meeting Biden, but in the end I was told that he didn’t have time for me," he told the Guardian. "So I offered my phone number, so that Joe Biden could contact me. I’m still waiting."

Responding well to criticism can be tricky, especially in the heat of the moment.

Invoking the heartbreaking memory of his dead son — an issue many believe directly led to Biden's decision not to run for president in 2016 — could not have been easy. But in that moment, it was necessary in order to convey that Biden, too, understood loss.

Though Reinas and Biden didn't get the chance to have that one-on-one conversation just yet, their exchange stands as an admirable example of how empathy can help bridge the gaps between one another.