In the wake of Trump, a top Jewish and a top Muslim organization are banding together. 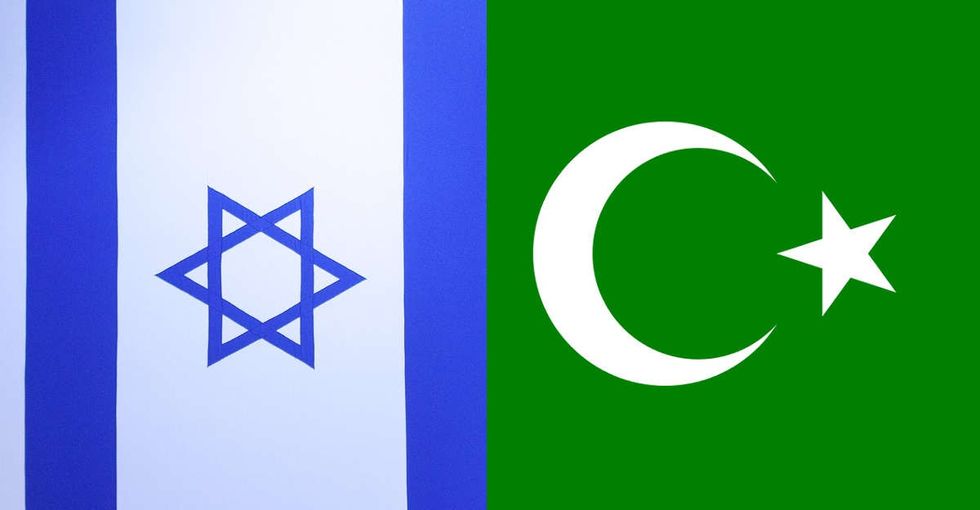 ​Donald Trump's election has touched off a wave of uncertainty and fear across the country — particularly among members of marginalized groups targeted during his campaign and those who have been singled out for harassment after his victory.

An anti-Trump protest in Seattle. Photo by Jason Redmond/Getty Images.

Since Trump's election, over 200 hate crimes have been reported across the country as of Nov. 15, according to the Southern Poverty Law Center. The troubling trend goes back further — the FBI's latest hate crime report shows a 67% spike in hate crimes, mostly against Muslims, from 2014 to 2015.

In December 2015, Upworthy reported the story of a young Muslim-American girl who feared being deported after watching a news report about Trump, leading a group of veterans to send her messages of support. 2015 also touched off an increase in anti-Semitism, according to an Anti-Defamation League report.

President-elect Trump's early campaign pledge to ban Muslim immigration to the United States "until we figure out what is going on" alarmed many Muslim-American leaders and citizens. The appointment of Stephen Bannon — a far-right publisher whose website has traded in anti-Semitic and anti-Islamic rhetoric — to the top strategy post in the White House, has only inflamed concerns.

Now, some protection might be coming in the form of a collaboration between two surprising groups: the Islamic Society of North America and the American Jewish Committee, which are banding together to form the Muslim-Jewish Advisory Council (MJAC).

According to a statement from the new task force, first reported in Haaretz, the group's mission is threefold: combatting anti-Semitism and Islamophobia, celebrating the contributions of Jews and Muslims to American civic life, and pushing for expanded rights for religious and ethnic minorities.

Jewish and Muslim groups have been active on multiple fronts since the election results came in. The Council on American-Islamic Relations has rededicated itself to providing support to Muslim-Americans frightened by the outcome of the election and building bridges to other groups in a show of solidarity. Bend the Arc Jewish Action released an open letter to members of groups targeted by the president-elect during the campaign promising support.

This is not just an inspiring show of unity — it's critical right now.

Organizations like the MJAC could help make a huge difference in the coming years.

Following months of bigoted campaign rhetoric — and the troubling elevation of figures like Bannon to positions of power and influence in the White House — millions of Americans are suddenly wary that harassment and violence may soon become an uncomfortable fact of life.

Collaborations like this are a hopeful signal that regular citizens are willing to reach across ethnic, religious, and gender lines and take care of each other.

The election is over.

How we react to what comes next will speak volumes about who we are as a country.