In the wake of the terrible tragedy in South Carolina, a pastor's words are worth remembering.

The history of the church is fascinating and important. 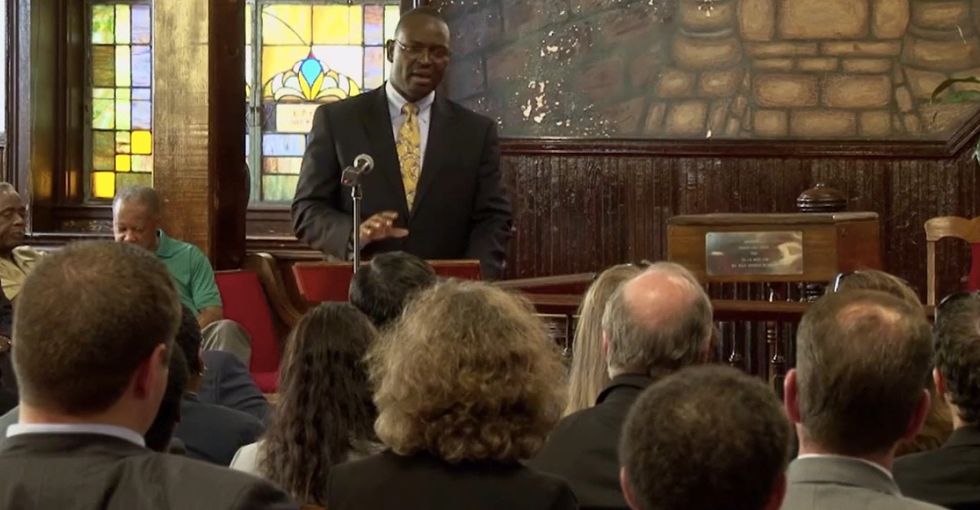 One of the victims of yesterday's shooting in South Carolina was Rev. Clementa Pinckney, the pastor of the church and a South Carolina state senator.

Nine members of Emanuel African Methodist Episcopal Church, including Pastor Pinckney, were murdered in their place of worship.

It was an unconscionable act of violence, made even more tragic by the fact that the church where the shooting took place has a long history of standing up for those who are the most powerless to stand up for themselves.

In 2013, Pinckney delivered a moving speech about the history of the church and the role it has played in fighting for freedom and justice for all people.

He talked about how forming the denomination in the first place was an act of civil disobedience — a response to the white leaders of the Methodist Episcopal church who made the church's black members wait to pray until after they were finished.

He talked about Denmark Vesey, a church member whose doomed slave revolt was a cry for freedom heard all across the nation.

He talked about the church's role in mobilizing the community in the 1960s to campaign for civil rights and the equality of all men and women under the law.

But most of all, he talked about how the church's story is America's story. About how hard it is to make change. And how you have to fight for what you believe in.

Rest in Peace, Pastor Pinckney. Despite the terrible tragedy, your church carries on your incredible work.

Entire congregation joins hands and joins in singing "We Shall Overcome." #charlestonshooting
A video posted by Nick Corasaniti (@nickwouldgo) on Jun 18, 2015 at 10:29am PDT