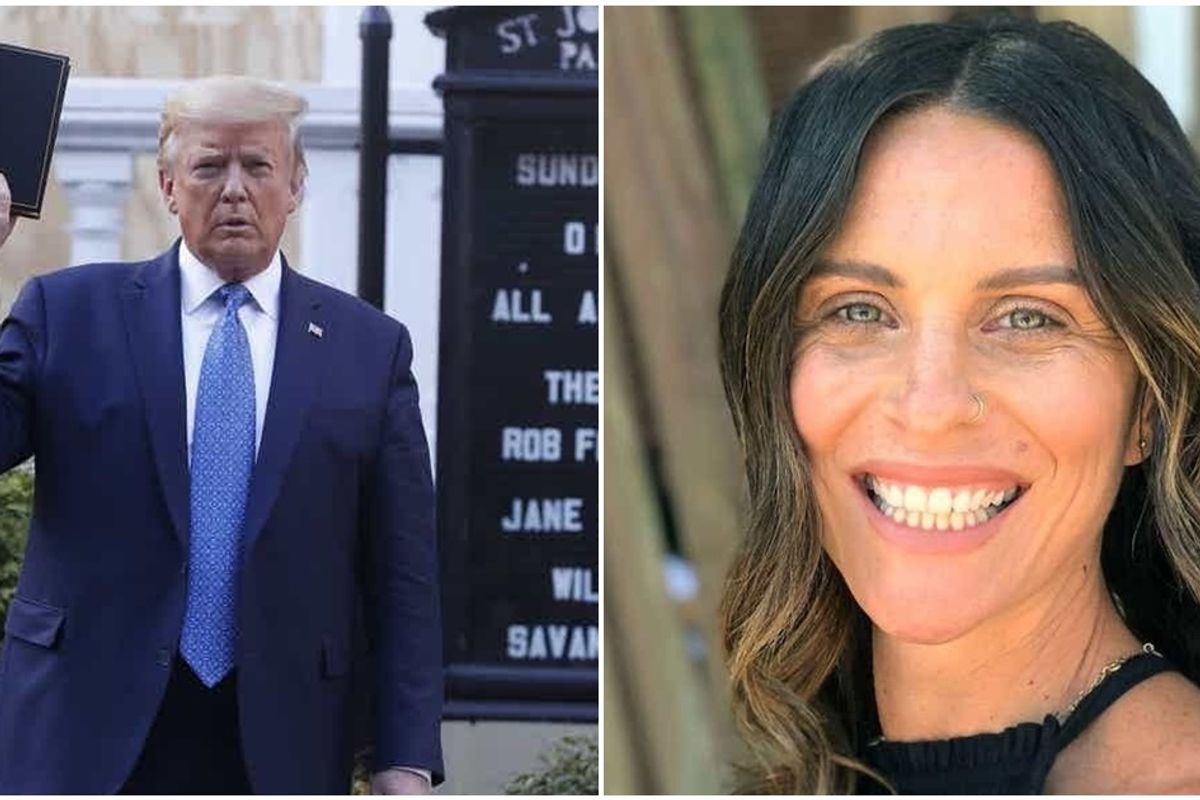 Donald Trump's presidency has exposed some remarkable hypocrisy within the evangelical Christian movement.

The group, which once claimed to be the backbone of America's "moral majority" made up of "family values" voters, have given their full support to a crass and cruel man whose narcissism has absolutely nothing to do with the teachings of Jesus Christ.

Astonishingly , he's gained their support without showing any real understanding of Christianity or The Bible. Who can forget the time he was unable to name a single verse from his "favorite book" of The Bible?

Trump unable to name one verse from "favorite book" The Bible www.youtube.com

Despite this, 72% of white evangelical Christians support the president, according to a poll conducted by Pew Research,

"I think God was behind the last election," Graham told conservative news site The Western Journal.

Evangelicals praise the president for appointing conservative judges and aggressively supporting the pro-life movement while turning a blind eye to his many failings as a politician and a man.

Would Jesus separate children from families at the border? Would the king of kings tolerate Trump's pathological lying? Would Christ support Trump's hostility towards women and people of color? Should Trump be forgiven for his unquenchable greed?

An indeed, many evangelicals have rationalized their support for Trump by calling him an unlikely vessel or "someone God has chosen for an important historical purpose, despite not looking like — or having the religious character of — an obvious man of God."

Trump Calls Himself “The Chosen One”, Evangelists Call Him “An Imperfect Vessel” God Is Not Going To Choose An Act… https://t.co/YfJlwRm3Rn
— illuminate (@illuminate)1580242438.0

In the article, she calls for evangelical women to stop criticizing Trump in hushed tones and to raise their voiced against him in the run up to the election. She also says it's necessary for the church to reject Trump to regain a shred of credibility.

Duford says Trump's election made her feel "homeless" and "disoriented" as she watched her church turn "its eyes away from everything it teaches." What first began as a gentle tug at her spirit, grew to become a feeling she could no longer stomach.

"The gentle tug became an aggressive yank, for me, earlier this year, when our country experienced division in the form of riots, incited in great part by this president's divisive rhetoric. I watched our president walk through Lafayette Square in Washington, D.C., after the tear gassing of peaceful protesters for a photo op," Duford writes.

"He held a Bible, something so sacred to all of us, yet he treated that Bible with a callousness that would offend anyone intimately familiar with the words inside it," she continued. "He believed that action would honor him and only him. However, the church, designed to honor God, said nothing."

She also spoke of the damage that the church's support for the president has caused its reputation.

"It seems that the only evangelical leaders to speak up praised the president, with no mention of his behavior that is antithetical to the Jesus we serve. The entire world has watched the term 'evangelical" become synonymous with hypocrisy and disingenuousness," she writes.

"My faith and my church have become a laughing stock, and any attempt by its members to defend the actions of Trump at this time sound hollow and insincere," she writes.

Duford called for fellow evangelicals to get their priorities straight by putting God before politics and believes that doing so would be empowering to women in the faith.

"The God we serve empowers us as women to represent Him before our churches. We represent God before we represented any political party or leader," She writes. "When we fail to remember this, we are minimizing the role He created for us to fill."

"Jesus loved women; He served women; He valued women. We need to give ourselves permission to stand up to do the same," she continued.

Duford's op-ed is a bold and brave statement for an influential figure in a movement that has become synonymous with the Republican Party to nake. But, according to Duford, that type of bravery is what's demanded of her by her faith.

"I chose to listen to my spirit to speak out. Not because doing so feels comfortable, but because it feels like the right way to leverage the voice God has empowered me with," she writes.

"Now I am asking all of you who feel as I do, to embrace your inner tug, and allow it to lead you to use the power of your God-given voice and not allow Trump to lead this country for another four years," the piece concludes.