If you take a puppy video break today, make sure this is the dog video you watch.

By the end of this video, you'll be thinking very seriously about your "wolfpack" and how it stacks up against this very human condition. 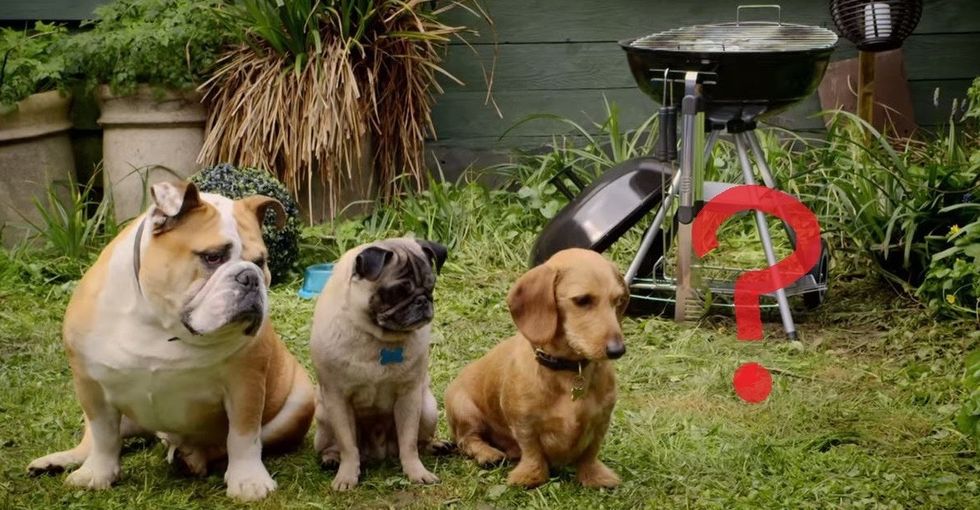 These four scoundrels call themselves "The Wolfpack." Sure, they're dogs, and yes, they're stinkin' adorable, but they are best mates and always have each others' backs. Dave, Chester, Vinnie, and Phil thought nothing could ever tear them apart.

But what's wrong with Chester?

These guys can't talk about it. Dogs, remember? They don't have the words to discuss mental health. [Insert awkward silence.]

But people can talk. And they absolutely SHOULD talk about mental health. 1 in 4 of us humans will experience a mental illness at some point in our lives. The stigma around mental illness often causes the sufferer to become silent about their struggles, and these struggles are real.

Taking it one step further, men are less likely than women to own up to having a mental illness or to seek treatment. Men often see mental illness as a sign of weakness and feel ashamed of themselves for simply being ill, which is something they can't control. According to the National Alliance on Mental Illness, depression in men can present itself as anger and irritability, sometimes leading to risk-taking behaviors as well as substance abuse. The CDC reports that while women are more likely to attempt suicide, men are four times more likely to succeed. This is a HUGE DEAL! Depression is usually treatable, but we've gotta help people actually get that treatment.

That's where you come in.

If you or someone you know and love is struggling with a mental illness, don't just stand by silently. TALK ABOUT IT! A text message, a phone call, or a visit can make the difference in whether someone seeks help. You could be their lifeline.

You and your friends are not alone. Let's look out for each other. It really *isn't* as hard as you think.
popular