Human atrocity doesn't start with violence. It starts with prejudice and propaganda. 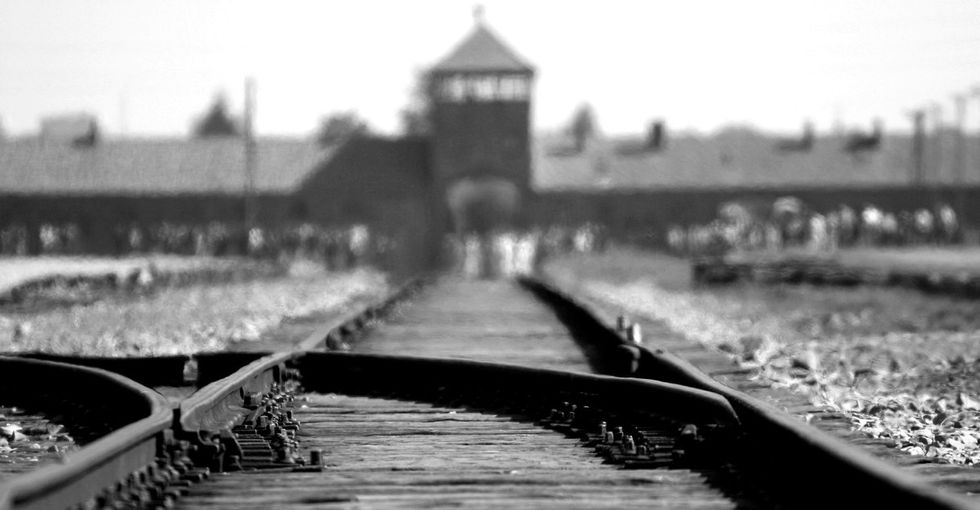 Not very many things scare me, but extremism in every form does.

We hear a lot about the extremism of radicalized Islamic groups, and yes, such groups are worrisome. But labeling an entire religious group with more than a billion followers as dangerous because of the heinous actions of its most radical minority element isalso extremism and needs to be called out as such.

We hear about child traffickers trying to smuggle children across the border, and yes, those people are worrisome. But making sweeping generalizations about migrants from south of the border and putting asylum seekers into the same category as human traffickers is also extremism and needs to be called out as such.

When we don't recognize extremist thinking in our own ranks, we are headed down a perilous path.

I generally think that comparing anyone to Hitler and/or the Nazis is overstating and exaggerative, but I don’t feel that way today. Some of the statements I’ve seen about Muslims and migrants from media pundits, political leaders, and average Joes echo anti-Jewish Nazi rhetoric in frightening ways.

Hermann Goering, who is quoted in this meme and pictured to the right of Hitler, was one of the highest-ranking Nazis who was captured and put on trial by the Allies after World War II ended. He was found guilty on charges of “war crimes,” “crimes against peace,” and “crimes against humanity” by the Nuremberg tribunal and sentenced to death.

The quote comes from a published account of a private conversation with a renowned psychologist, in which Goering explained how “people can always be brought to the bidding of the leaders.”

We need to remember that Hitler and the Nazis didn’t start the Holocaust by gassing millions of Jews.

The Holocaust started with words. Hitler and the Nazis took advantage of existing anti-Semitic sentiment by fomenting fear and prejudice and spreading false and/or misleading information (propaganda) about the Jewish people. They played on Germans’ patriotism, exploiting their fear and sense of righteousness, making them feel like it was the most logical and reasonable thing in the world to officially identify Jews and curtail their rights and freedoms in the name of security. They successfully made persecution of and violence against Jews and others seem not only acceptable, but necessary, as they clearly posed an imminent danger to the German way of life.

It was a long game. Hitler played his anti-Semitism up or down for years, depending on his audience. He wore down the humanity of his people with years of constant drips of prejudice and fear. He gave it time to sink in, slowly collecting economic, social, and political woes that he could twist to blame on the Jews.

The Holocaust started with years of rhetoric and propaganda paving the way for discrimination and oppression, largely in the name of safety and security.

Then came the internments.

Then the gas chambers.

And decent people who would normally be appalled by such things let it happen.

That’s what fearmongering and propaganda do. And that’s why we all have to recognize it when we see it.

If you are getting your information about Islam from anti-Islamic websites or sources, or information about immigrants or refugees from anti-immigration websites or sources, pause for a minute and think. If you are a Christian, would you send someone to an anti-Christian website to find out what Christianity is really about? Would you send someone to an anti-Semitic website to learn about Judaism?

I could easily pull scripture from the Bible, pair it with stories of violence and extremism from Christian terrorist groups (yes, they exist) or individuals, and create a website that would make it look like Christians want to take over the world, kill adulterers, subjugate women, stone disobedient children, and force everyone to accept their beliefs. Would that website be an accurate place to go to learn about Christianity, if all I really knew about the religion was the violence I’d seen in the news from extremist groups and individuals?

Of course not. That would be the worst kind of propaganda and would paint an entirely false picture of what most Christians believe. But that’s the kind of thing many websites that claim to be educating people about Islam are pushing, and it’s terrifying that so many people don’t recognize it.

We’ve seen this before. This is why we study history.

We now have all of the information about how one of the most atrocious stories in human history played out. I hope and pray that we are conscientious enough to not even flirt with the opening act.

From Your Site Articles
Related Articles Around the Web
pacifico
Family

They seem to be attracted to viruses.

Mosquitoes are attracted to certain viral smells in both humans and mice.

As much as I love summer, there is one thing I could do without: bugs. More specifically, mosquitoes. Those pesky little buggers can wreak havoc on a beautiful summer day. Who hasn't spent time outside in summer and then come in all itchy and covered in bites? There are multiple reasons why some people are more susceptible to mosquito bites than others, but there's a new one that likely isn't on people's radars. Mosquitoes could be attracted to the odor certain viruses create in the body.

There is evidence that mosquitoes are attracted to the odor given off by mice infected by the parasite that causes malaria. Now, a team is looking at how the scent of mosquito-borne viruses such as dengue and Zika would attract mosquitoes to people rather than mice.