How to raise a kid who's your opposite in every way.

One mom's story of how she learned to appreciate her extroverted son's constant stream of chatter. 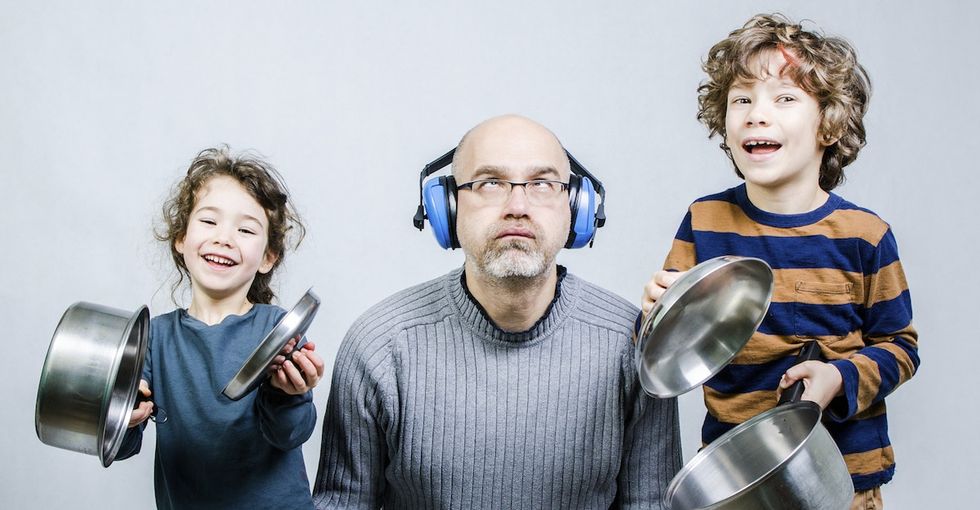 He chats with the mailman, the neighbors over the fence, and his classmates at school.

From the moment he wakes up to the moment he goes to sleep, he’s got something to say, usually loudly. He’s also been known to talk in his sleep and while he should he asleep.

One morning, I got called into his room at 3 a.m. Naturally, I assumed that this summons meant that someone was either bleeding or throwing up. Instead he told me he could spell the word "idea" and wanted to know if I would like to hear him do so. (I did not.)

I, on the other hand, am an introvert.

I like books. I like my close friends. Loud, crowded places make me cranky. Running too many errands has a similar effect on me.

I’ve known that both Mr. Outgoing and I are temperamentally opposite since almost the moment we met. But I hadn’t realized that I needed to take that into account when I interacted with him until recently. Then I re-read "Raising Your Spirited Child," and I remembered that extroverts talk by talking. It’s how they sort through their thoughts and emotions.

It’s not because they want an answer but because they’re processing their thoughts aloud. The example the author gave was a classic "me and him" moment. She talked about how an extroverted child might ask things like: "Where’s my pen?" or "Where are the scissors?"

Reading this was a lightbulb moment for me. Every day when it’s homework time, I’m asked, "Where are the pencils?" or "I can’t find the erasers." These things make me want to bang my head on the wall because the pencils are in the same place today that they were yesterday (and the day before that too!!!).

But now I realize that he’s not asking me to ask me. He’s just talking out loud.

The favor of my reply is neither expected nor wanted. Instead of responding in frustration, I can just zip it. By talking, he’s already figuring it out.

The difference between being an extrovert and an introvert is often described like a bag of marbles. An introvert starts the day with a bag full of marbles. As she goes about her day interacting with other people and situations, those marbles are taken out of the bag.

An extrovert starts the day with an empty bag. As he goes about his day, each time he interacts with someone or does some new activity, it adds a marble to his bag. Even though introverts and extroverts fill and deplete their bags differently, the goal is the same: a full bag of marbles at the end of the day.

Parenthood is all about discovery. Our children gives us a new lens through which to view the world and ourselves.

Having a child who processes his thoughts out loud can be downright exhausting for this reflective thinker. But it also lets me experience life in an unexpected way. While I sometimes long for a little less chatter, I’m also grateful for a son who colors my world with his words.