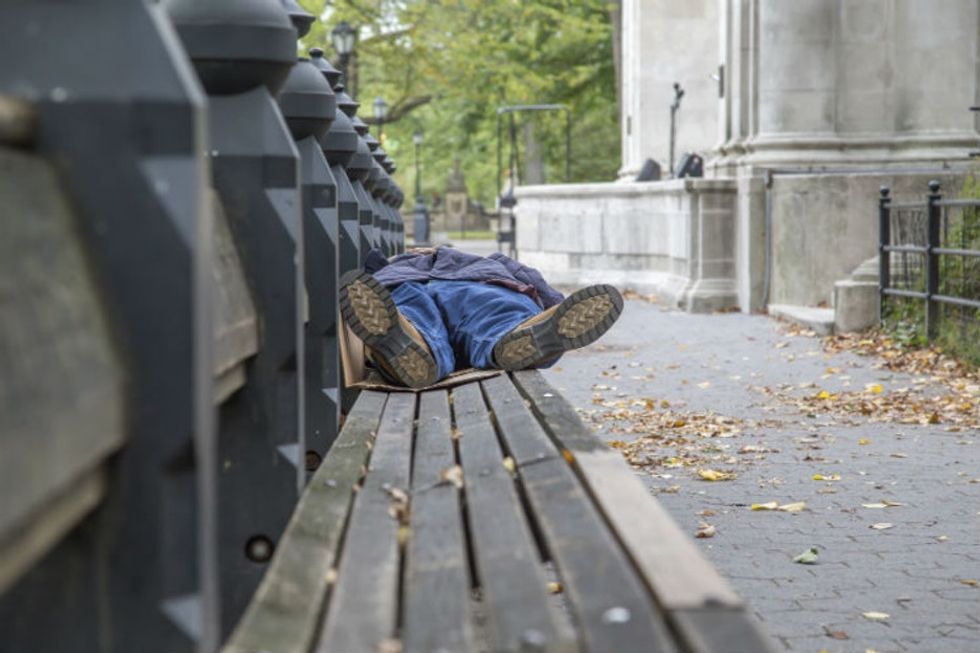 Hector Guadalupe is a 55-year-old veteran who lost his home during the Great Recession, right before developing medical issues with his heart and eyes.

“I probably would have been jumping from couch to couch or living in one of those homeless shelters," he told The Wall Street Journal in August 2015.

But, thankfully, he's not.

Thanks to efforts in Connecticut, Guadalupe now has a reliable roof over his head at a veterans housing complex in Newington.

The best part? His story's not a feel-good one-off. Now it's the norm in the Nutmeg State.

In other words, every single veteran in Connecticut who'd once been chronically homeless — homeless for at least one year or homeless four times in the past three — now has stable housing or is on the pathway to stable housing.

Although cities like Phoenix and Salt Lake City have done this, too, this is a big deal. Connecticut is the first American state to accomplish the feat.

"Our veterans deserve access to housing, quality health care, education and career opportunities," Gov. Dannel Malloy said at an Aug. 17, 2015, news conference regarding the announcement, the Associated Press reported. "It's our obligation to deliver for them, and that's just what we're doing as a state."

Gov. Malloy at an event in April 2013. Photo by Christopher Capozziello/Getty Images.

Connecticut made strides by investing where it counts.

Nearly 300 formerly homeless vets in Connecticut have been placed in stable housing during the past two years.

Connecticut didn't get to this place just by being morally responsible, either. The state is being fiscally responsible, too. Even though implementing programs and investing in affordable housing may cost money up front, research has proven (time and time again) that helping the homeless better their circumstances saves taxpayers loads of money in the long run.

After all, when homeless people, say, make frequent visits to the emergency room or are jailed for crimes related to their circumstances (like loitering), taxpayers often foot the bill.

To be clear, this doesn't mean homelessness isn't a thing in Connecticut anymore.

“It's not that there is never going to be a homeless person again," Laurie Harkness told the Wall Street Journal. She's the director of the Errera Community Care Center, which helps vets with mental health and addiction services.

But “when people fall into homelessness, we have the safety net to immediately get them housed," she explained, noting a goal to get them into stable living conditions in 60 days or less.

The milestone isn't celebrating an end to homelessness as much as it's highlighting a system that's working.

Connecticut has cracked the code on helping the people who — arguably more than anybody else — deserve our help and respect.

If the Nutmeg State can do it, the other 49 should take note.