Homeless veterans now have a place to live in these converted motels. 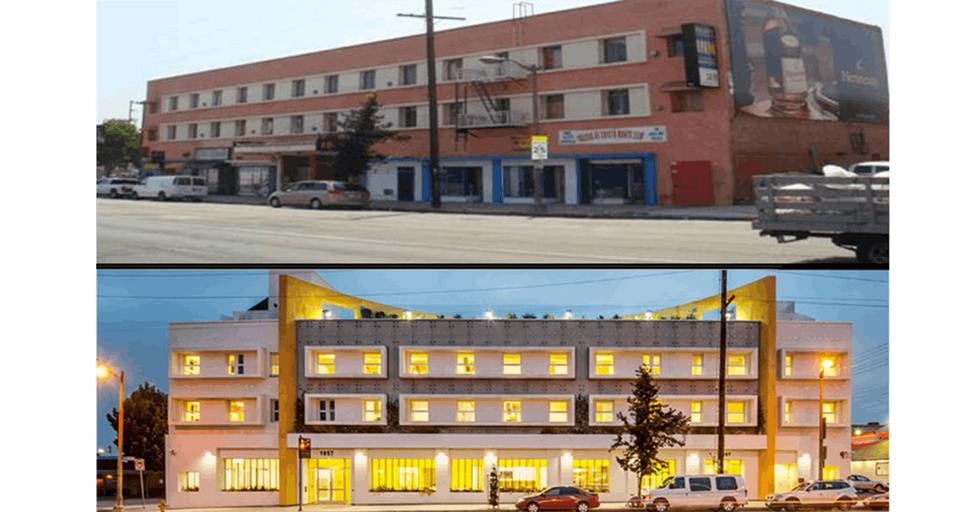 Los Angeles Mayor Eric Garcetti made a bold promise in 2014 when he pledged to provide accommodation for all the city’s homeless veterans by the end of the next calendar year.

Shortly after making the promise, it was clear that the ambitious timeline, though admirable, wasn’t feasible. Los Angeles suffers from a homelessness epidemic, and even with a concerted effort by the government, the issue plaguing disenfranchised veterans would take longer to solve.

However, the city and charitable groups such as Step Up, which has been tackling this very issue for years, didn’t get discouraged. They got creative instead.

During the evolution of the Los Angeles cityscape, many once-viable motels and lodges have fallen into disrepair and abandonment. Seeing these structures as yet another opportunity, Step Up began transforming one such property, utilizing civic incentives.

Images via Step Up.

Not only does Step Up’s new Hollywood facility give shelter to displaced veterans, but it also provides humanitarian services ranging from psychiatric care to job search assistance. Further, thanks to vouchers from the Department of Veterans Affairs, those placed in the new projects may reside there for up to 15 years free of charge.

As a result of this practice and other efforts, the number of homeless veterans since Garcetti’s decree has fallen from roughly 4,362 to 3,071 as of January 2017.

With 500 new units in the pipeline, as well as $138 million in city assistance to combat homelessness, it appears that dedication and some creative solutions may help Los Angeles win its battle against homelessness.

Already, more new projects are underway, and with groups like the Skid Row Housing Trust focusing on downtown homelessness, the problem may not be solved, but L.A. is taking great steps forward.