Here's why it's a big deal that the Disney Channel now has an openly gay lead character. 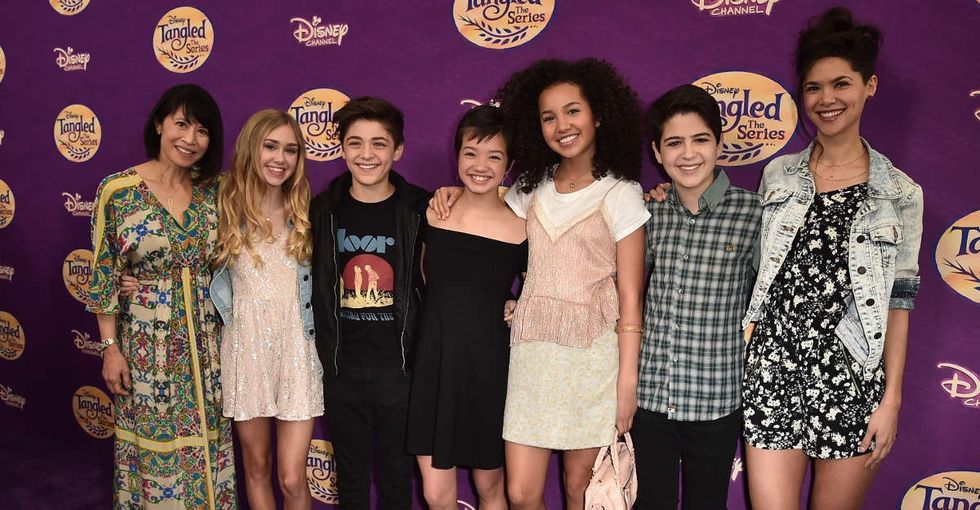 In the years since Ellen DeGeneres introduced the first out character on prime-time television, openly LGBTQ characters have arrived — and thrived — on networks from ABC to SyFy to TeenNick.

And now, add the Disney Channel to the list.

Cyrus Goodman (Joshua Rush), a lead character on the show "Andi Mack," will come out as gay in the premiere of the show's second season.

The cast of "Andi Mack" at the premiere of "Tangled: Ever After." Photo by Alberto E. Rodriguez/Getty Images.

Unlike the channel's previous openly LGBTQ characters, many of whom appeared briefly or in one-off episodes, Cyrus will get his own season-long arc in which he discovers, reveals, and grows into his identity.

"'Andi Mack' is a story about 'tweens' figuring out who they are," said Disney Channel in a statement provided to Deadline. "[Executive Producer] Terri Minsky, the cast, and everyone involved in the show [take] great care in ensuring that it’s appropriate for all audiences and sends a powerful message about inclusion and respect for humanity."

The creative team — led by "Lizzie McGuire" creator Terri Minsky — says the LGBTQ arc will reflect the show's themes of coming-of-age and self-discovery.

Disney recently broke ground by including the studio's first "exclusively gay moment" in 2017's "Beauty and the Beast,"  though not without controversy.

Critics charged that recasting LeFou — a broad, comical character whose name means "the fool" — as a closeted man caught in a tragic, one-sided romance merely recycles old tropes of gay villainy and buffoonery.

"'Andi Mack’s' creative team captures this moment of revelation with such thought, care, and authenticity; it will be a memory moment for some, and a teachable moment for many," said Jaime M. Grant, executive director of PFLAG National, in a statement.

Could this storyline open the door for even more LGBTQ representation on the channel — and across the dial?

Starting conversations about trust, love, relationships, and family dynamics is easier when you have...… https://t.co/vnLv2J9ZQ2
— joshy rush (@joshy rush)1508975413.0

"With more and more young people coming out as LGBTQ, 'Andi Mack' is reflecting the lives and lived experiences of so many LGBTQ youth around the country," GLAAD president and CEO Sarah Kate Ellis said in a statement.

By beginning his journey this Friday, Cyrus helps advance television's journey toward reflecting a world more like our own.