Here's what happens when a group of Jews and Muslims gathered for the most basic gesture of faith. 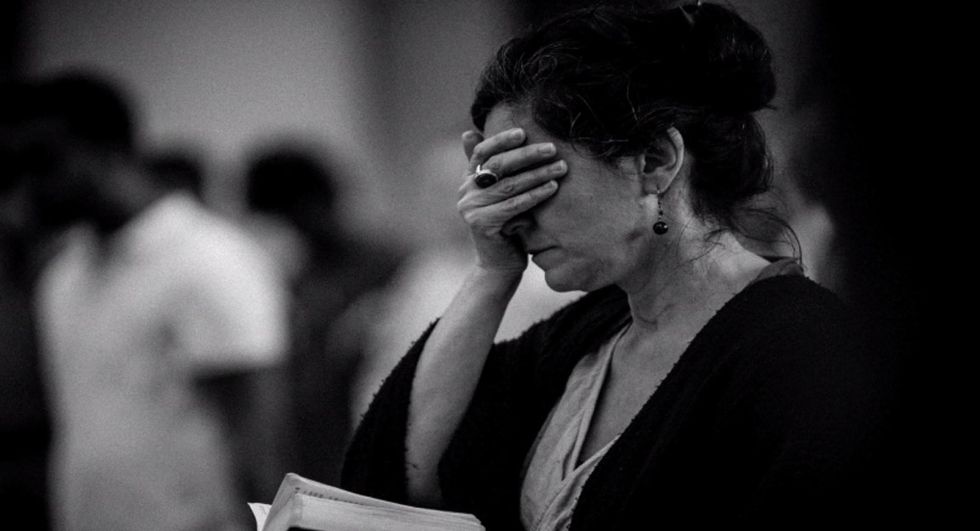 A group of people gathered before sunrise on a beach in Los Angeles. They laid blankets and rugs on the sand, and with the tumble of the ocean at their backs, they joined together to begin a familiar ritual: prayer.

But this wasn't just any prayer group. The small and faithful bunch included both Muslims and Jews. And this was the first of five stops on a citywide "prayer crawl." In the video of this epic gathering, they describe why they came together and what they hoped to accomplish. Take a look:

What was so significant about Muslims and Jews praying together?

For starters, group prayer usually only involves people of the same faith. Then there's the who. This gathering confronts the specific, pervasive narrative of Muslims and Jews not getting along, revealing the possibilities beyond just "getting along" in the process. When these prayer participants were in it for the first time, they found deeper meaning in the experience than they could have imagined.

All images via NewGround: A Muslim-Jewish Partnership for Change.

They felt they were a part of something bigger than their own faiths.

They were challenged in unexpected and transformative ways.

"Allahu Akbar" means "god is great," which — surprise — a lot of people believe. Even non-Muslims.

There were "aha" moments.

Some even found what's been missing from their own prayer.

But this wasn't just about bettering themselves. It was about building community to better the world. It was about spreading a message of peace.

And clearly their message resonated with more than that small cohort on the beach.

Just as they hoped, the group grew as the day went on.

And under the glow of the moon, they concluded their prayer expedition with, well, a prayer:

"Grant us courage to walk this righteous path, praying side-by-side and yearning together for peace."

Interfaith alliances aren't anything new, but to see followers of different faiths practicing together is kind of revolutionary.

What if every person of faith were to do the same? How might the world be different? Would it be kinder and capable of more than basic tolerance? Because that's a future worth praying (and fighting) for.