He found out his son had cancer. His coworkers answered with unbelievable kindness. 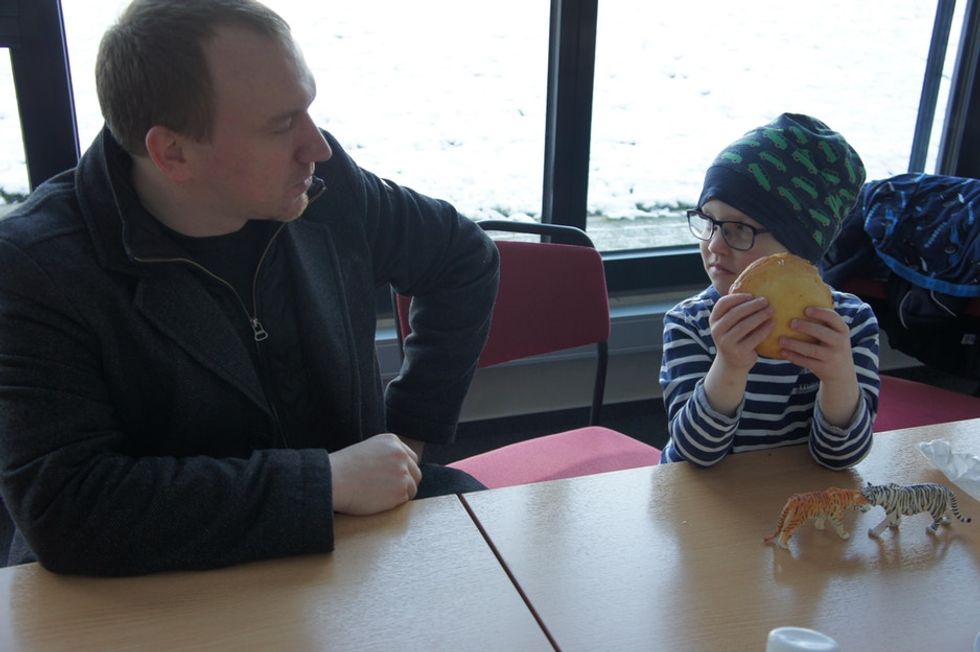 Andreas Graff, a single dad based in Hesse, Germany, faced one of the most difficult decisions of his life when his now-4-year-old son was diagnosed with leukemia last year.

Graff's paid time off wasn't nearly enough to accommodate his son's needs, and he feared losing his job — which would put his small family in an even tougher position.

Fortunately, his company's head of human resources worked with senior management and the workers' union to create a voluntary donation pool of other employees' overtime pay.

Remarkably, every single employee — more than 700 of them — contributed to the fund, donating nearly 3,300 hours so Graff could care for his son.

"Without this great support, I would be unemployed," Graff told local German paper Oberhessische Presse.

Germany has largely gender neutral laws when it comes to paternity leave. However, those benefits become less clear when a parent needs to take time off to take care of family needs that aren't directly related to childbirth.

In the United States, the Family and Medical Leave Act (FMLA) requires that some employers allow certain employees to take up to 12 weeks off in a 12-month period for family and medical emergencies. However, that time off is unpaid.

Qualifying employers can't fire an employee during this period, but they aren't required to give them the same position when they return to the job. Some jobs let you combine paid time off (vacation, sick days, etc.) for family emergencies, but employers aren't required by law to do so.

Some states, like California, provide more generous paid time off laws, but even those are fairly limited.

Management and the workers union came together to find a solution this time — which is all too rare.

The voluntary donation system at Graff's job may have been the first of its kind. It's not uncommon for coworkers or communities to raise funds for a friend in need. But the direct pooling and transferring of employee benefits from a group to an individual is newsworthy both for the kindness involved and for the unique approach the company took.

Graff's personal challenges grew only more complicated after he lost his wife to heart disease in 2017. Compounding his family leave with bereavement time would have made his vulnerable situation all the more perilous. The extra time off donated by his colleagues has allowed him to spend more than a year away knowing he'll have his full job and benefits once he returns to work.

"The reaction of our employees was incredible," Seidel human resources head Pia Meier told the paper. "There is no one who has not donated."

Graff's situation shows the generosity of people but also the need for better family leave laws around the world.

The example set by Graff's coworkers, and his company's management, shows the best of people coming together to help another person struggling through a crisis.

However, his story is still an exception to the rule that most workplaces are not prepared to respond when someone faces a serious illness or a family emergency at home. Until more sustainable family leave policies become the norm, the responsibility will continue to fall on the generosity and ingenuity of those like Graff's company and coworkers.