Had a lot of friends in college? Researchers say that could mean you'll have a better life.

Friendships may come and go, but their impact can last forever. 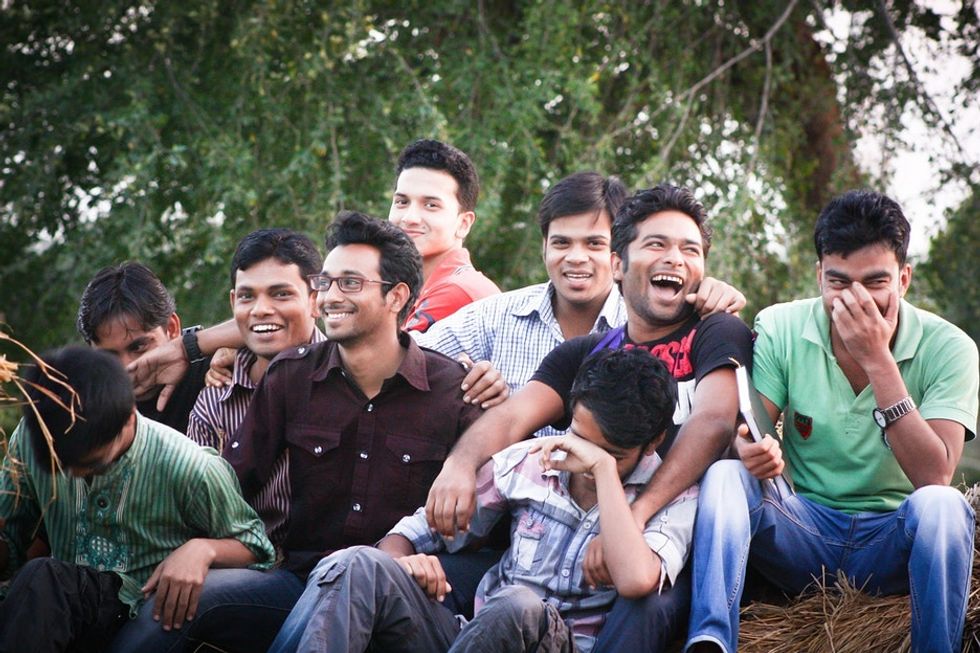 Did your mother say not to party too hard in college? Well, looks like all of that socializing could be of good use!

No, really. It apparently can give you a boost that will affect you 30 years later. Cool, huh?

A recent study found that having a lot of friends when you're 20 can be a predictor of a happy midlife.

The University of Rochester study reveals that the number of friends you have when you're 20 has a direct impact on your quality of life when you're 50. The more you have, the better your life will be.

They found that having a lot of connections makes you feel better, and it makes you a better person. Connecting with a lot of people often means having to interact with a variety of folks you've never met before, which isn't always pleasant but is always educational. So those preschool goals were on point: Learning how to play well with others is important.

NBD, just hanging out with a few of my closest friends. Photo by gareth1953/Flickr.

Having poor social connections doesn't just put you at risk of loneliness — it could be deadly.

The slightly alarming part is that not having a lot of connections can be detrimental to your health. Lead author Cheryl Carmichael shared that they found “having few social connections is equivalent to tobacco use, and it's higher than for those who drink excessive amounts of alcohol, or who suffer from obesity." Yikes.

Just make sure to eventually slow down — the benefit of having a lot of friends disappears when you're 30.

In fact, if you keep up all that socializing once you hit 30, your life quality can take a hit two decades later. So make sure you have a few people you end up connecting really well with because as you age, it's all about quality rather than quantity.

Then you can have those classy, intimate dinner parties you've been dying to have. Photo by Didriks/Flickr.

Not a social butterfly? Don't start panicking yet.

Fear not, fellow introverts! You are not doomed to a miserable midlife. The researchers admit that this is a small, limited study that included mostly affluent white college students who could afford to attend in the 1970s. There's also the modern issue of technology: The study only took in-person interactions into account. Thanks to the likes of Facebook, Twitter, and Skype, folks can keep up with friends without ever seeing them in person. The effect might be different with more diversity in the group and social interactions recorded.

So until then ... just keep doing you.

Fulfilling friendships are beneficial no matter your age.

There is abundant evidence out there that the benefits of having good friends is endless. Studies have found that they can help you live longer, reduce stress, and give a serious brain health boost.

So no matter your age, go hug a friend.

It won't just feel good now — it could improve your life for years to come.

C'mon. You know you wanna. GIF from "Real Housewives of Atlanta."