Girls said she'd steal their boyfriends, so she told them the truth. It only made things worse.

I dare you to not start applauding Ruby Rose before she stops talking. That's how awesome her words are. 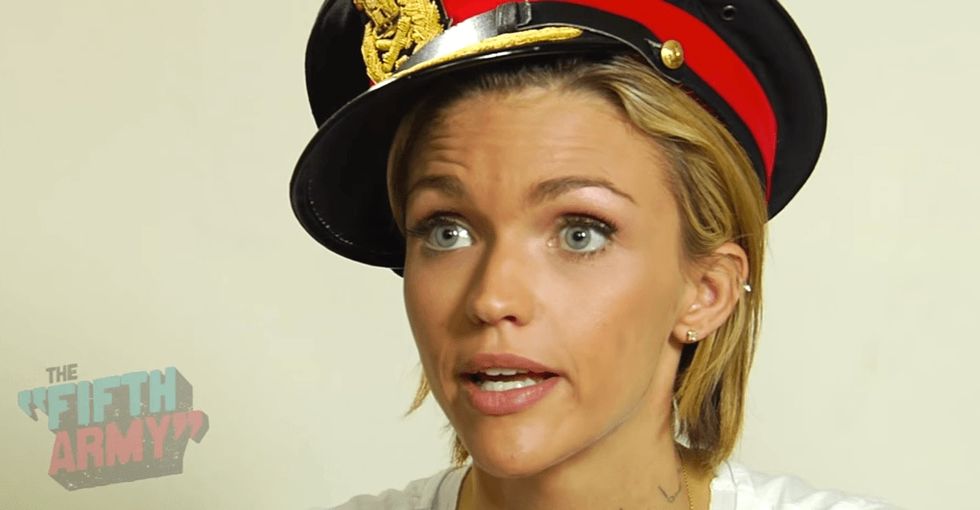 Ruby Rose is best known for being a stunningly beautiful Australian DJ and model (who was just cast in "Orange Is the New Black").

But before she was this famous, Ruby was rejected and bullied in school.

In middle school, Ruby's female classmates were mean to her.

Ruby spent a lot of time with the guys. And, well, the girls figured she wanted to steal their boyfriends.

As it turns out, that was pretty far from the truth.

And because of that, she felt more comfortable hanging out with the guys than with the girls, whom she was very attracted to.

So she decided to tell people the truth.

What followed inspired Ruby to speak out in this video, years later.

Ruby talks about the backlash and depression she faced after coming out.

I've gotta say, this is a gripping story.

Props to you, Ruby, for speaking up — and, more importantly, for sticking through the rough times.