Fox News host Megyn Kelly has some news about women — but not everyone's on board.

Speaking of women swearing in the workplace, this clip is pretty damn awesome. 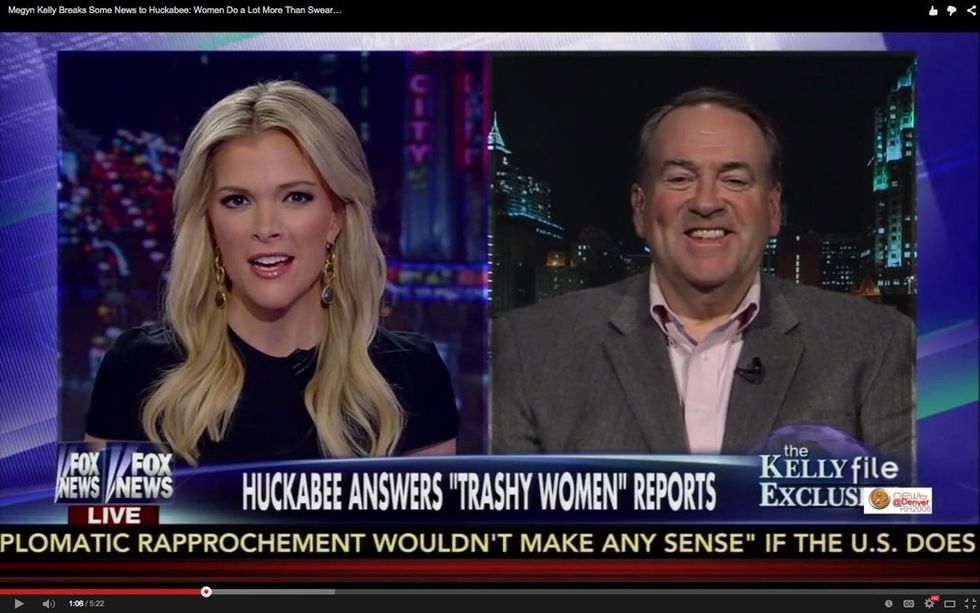 Megyn Kelly is a TV news anchor (not to be confused with, well, me), who hosts "The Kelly File" on Fox News. She's usually known for her pretty conservative viewpoints, but every once in a while she'll casually smack down the sexist remarks of her guests and colleagues, and it's an utter delight to watch. Case in point:

She invited Mike Huckabee, the former governor of Arkansas, onto her show to discuss a chapter of his new book, "God, Guns, Grits, and Gravy." (Yes, that's a real book title.)

Kelly calmly and professionally discusses Huckabee's point with him for a FULL FIVE MINUTES before nonchalantly bringing it all home ...

Huckabee laughs at her — HE LAUGHS AT HER — and still refuses to accept this radical idea.

But Megyn Kelly is totally unfazed.

GO MEGYN GO. To catch the whole clip with all the context leading up to her fantastic remarks, watch it below:

Want to see another time Megyn Kelly was effing awesome? Check it out.