Does anyone age better than 93-year-old Dick Van Dyke? Nope. 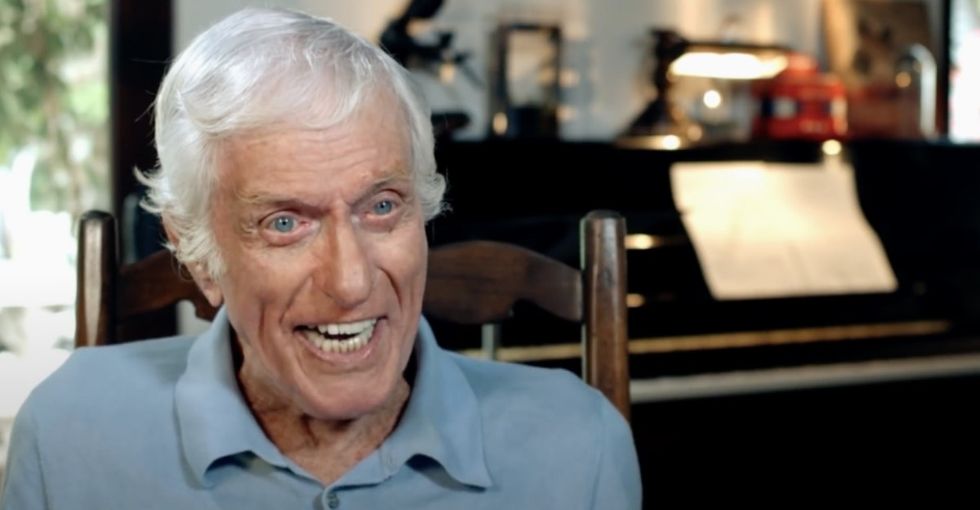 Dick Van Dyke just turned 93, and he is the ultimate example of #aginggoals.

It's official. Nobody is better at aging than Dick Van Dyke. The beloved, energetic star of film and television is celebrating his 93rd birthday, and he's showing no signs of giving in to his age.

Maybe he was born with superhuman stores of energy from the get go. Maybe his humor and childlike wonder about the world has kept that twinkle in his eye and spring in his step. Maybe he was infused with some actual Disney magic at some point. Who knows.

One thing is for sure, though—Dick Van Dyke has mastered the art of growing young.

He returns to the big screen this month in Disney's "Mary Poppins Returns." Supercalifragilisticexpialidocious!

Those of us who can't imagine a Mary Poppins film without Van Dyke's jaunty footwork needn't worry. He will be playing the role of an elderly—but surprisingly spry, of course—London banker, whom director Rob Marshall has clarified is the son of Mr. Dawes played by Van Dyke in the original film.

Will the 93-year-old will bring the the flavor of fun he always brings to a production? Is that even a serious question? Dick Van Dyke equals delight. Always. That's just fact.

He revealed in his 2011 memoir the ridiculous lengths he went to to land his extra role in the original movie.

In the original Mary Poppins, Van Dyke played Poppins' friend, Bert, a lively chalk artist, chimney sweep, and general jack-of-all-trades. But he coveted the role of the elderly Mr. Dawes from the time he first read the script, and was determined to convince Walt Disney to let him play it.

“I loved portraying old men, and since first reading the script, I had been secretly eyeing that part," the actor wrote in his memoir, “My Lucky Life In and Out of Show Business.” “I saw a lot of potential for extracurricular amusement.”

Disney had him test for the role, so Van Dyke, who was in his 30s at the time, dressed up in a white wig and beard and improvised the part  “I was stooped over, talking like the very senior banker, and having a blast amusing both the crew and myself,” he wrote.

He even pretended to have to stop and pee in the bushes every few minutes. “‘I’m a weak old man because of a hernia,’ I explained in a wheezy voice,” Van Dyke wrote.

Disney relented and gave him the part—but only if he donated $4000 to Disney's California Institute of the Arts. “I ended up paying him a not insignificant amount of money to play a part I had offered to do for free,” Van Dyke wrote. “I’m still scratching my head over at that one.”

Van Dyke has had some close calls, but he's always come up smiling.

The actor was an alcoholic for 25 years and a heavy smoker for much of his adult life, but has lived a clean and sober life in his later years. In 2013, his Jaguar caught fire on the L.A. freeway and Van Dyke was pulled from the vehicle by a stranger who thought he was slumped over at the wheel. (It turns out Van Dyke was just bent over gathering things he wanted to rescue from the fire.)  People started worrying when the star revealed that he had been suffering from some neurological issues and headaches, until he said the problem was his titanium dental implants.

I'm starting to wonder if Dick Van Dyke is actually made of titanium himself. He just keeps dancing his way through life, putting all of us younger folks to shame.

Here's to another joyous trip around the sun, sir.  Please do us a favor and live forever.

Check out the master ager talking about his latest role: