'Could I be gay after all these years?' For these women, the answer was 'yes.' 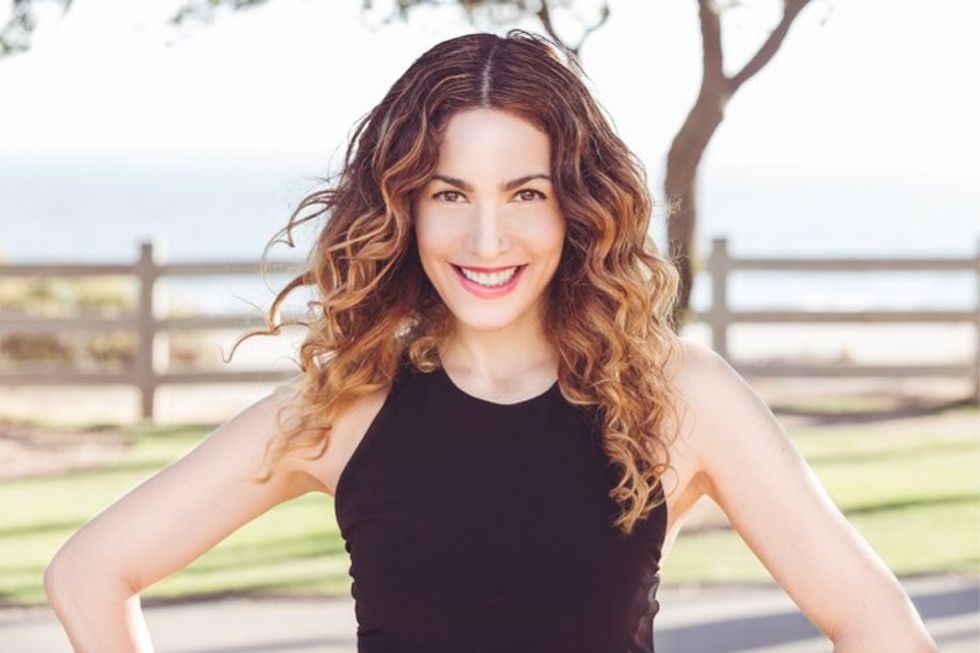 I was 19 when I met my wife, but it took another decade before I got comfortable with words like "lesbian" and "bisexual."

Since then, I've openly shared my life and relationship — in essays for publications like Cosmopolitan and on Bravo television.

Then a funny thing happened this year: Women began coming out to me.

Women reached out to me through various forms of social media.

When we think about coming out, we usually think of that awkward adolescent time of emerging sexuality. But for older women, coming out can be a whole other experience — an especially challenging one that creates a delicate new identity.

Take Sarah, who came out at 28, after nine years with a man to whom she was also engaged.

In an email to me, she explained, "I had to confront a lot of internalized homophobia in myself, even in subconscious ways like being ashamed to appear gay or let people find out that I was."

Sarah (right) and her partner. Photo courtesy of the couple.

She was 41 when she reached out to me. "How did you reconcile with the fact that you'd be with a woman the rest of your life?" she asked. Jen told me she made a female friend at work in 2007. The woman had a husband and Jen had a boyfriend. They became inseparable. They've kept this secret for eight years, and Jen confesses of her girlfriend, "One of her sons told her he'd never talk to her again if he found out something was going on with us." The e-mail closed with: "I've changed our names to protect our silly secrets."

The secrets she shared didn't feel silly. They were about love — both romantic and familial — and lies.

They were about unexpectedly falling in love with another woman and the ways in which it could change both of their lives at a point when they thought they were already settled in their identities. They were about guilt and fear and doubt.

Sure, we all expect to change some as we grow older, but we expect certain things — seemingly core parts of our identity we take for granted — to stay the same.

Says Jen, "For 30+ years I envisioned myself with a husband, not a wife."

Dr. Darcy Sterling, whose practice Alternatives Counseling specializes in the LGBT community, knows this struggle firsthand. "As someone who came out later in life, I too wanted certainty around my orientation." She explains, "I didn't dislike sex with men but I preferred it with women." Ultimately she made peace with her fluid sexuality and chose to identify as a lesbian. "I find it easier to wrap my complicated head around than making overarching declarations about my orientation, past, present or future," she says.

Kathy Prezbinkowski, Ph.D., M.S.N., and leader of the Washington-based support group Coming Out Women, points out that older women who come out often have to confront a lot of ingrained expectations. The group aims to create a safe space for women to listen and share stories and strives to help them break out of the "mold to fit in the heterosexual box." Women in the group range in age from mid-30s to their mid-70s, and many have already started families. Prezbinkowski says:

"More than 50% of the 2000+ women at our group had been married to men — some still in marriages — and had children, and even grandchildren. The vast majority knew that they had attractions to women, but followed the societal norm."

Admitting their feelings to strangers is one thing, but opening up to loved ones remains a daunting conversation.

"I practiced saying the word 'gay' to my infant," Natalie, 34, told me by email. She had both a husband and a newborn before she identified as a lesbian.

Natalie (right) and her wife Carrie. Photo courtesy of the couple.

Christi, a 38-year-old mom twice married to men, admits that telling her kids wasn't easy. In an email, she said she was worried about hurting her relationship with her daughter: "There is a lot of fear and guilt involved in coming to terms with your own sexuality and many more layers of it when it comes to telling other people."

But there are also some benefits to coming out when you're older and wiser. As Christi put it:

"I didn't understand what I was feeling when I was younger. For me, coming out at 35 was a million times easier than it might have been in my teens or 20s. By 35 I had a lot of life experience, more confidence, and I cared less what other people think."

Coming to terms with a new identity is hugely challenging, but for many of these women, it marked the beginning of their path to real happiness.

Not long after our initial correspondence, Jen wrote to me again, sharing her real name and information. She said that talking to me about her identity helped her to see her life in a new light. "I feel forever indebted to you," she wrote. The reason our conversation changed Jen's life? I listened with openness and compassion. That's it.

She shared another secret: She proposed. The couple is not fully out to their families yet, but they're working on it.

Jen and her fiancee with their new rings. Photo courtesy of the couple.

Meanwhile, Christi and her wife are expecting a baby this winter, and Sarah and her wife were married earlier this spring.

Sarah says this is not how she pictured her adult life when she was little, "but I'm ever so glad that I'm here."

Coming Out Women's mission statement asserts that all women deserve empowerment, authenticity, and wholeness. That doesn't begin with having all the answers. It can begin simply with finding someone who will listen. We are all empowered when we project the compassion we seek in others.

"When women first arrive at group," says Prezbinkowski of those who gather at Coming Out Women, "perhaps after numerous attempts, they know they are 'coming home.'"