Chelsea Handler was asked what she thinks when she hears ‘Muslim.’ Her answer is telling. 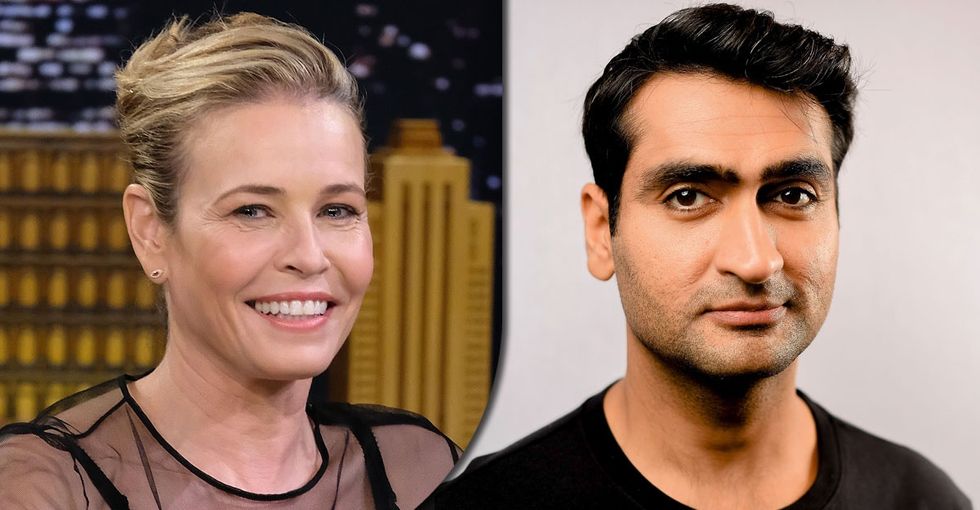 Why do so many Americans only think of stereotypes when they think of Muslims?

Kumail Nanjiani has an idea.

While the actor and star of HBO's "Silicon Valley" chatted with Chelsea Handler on her Netflix talk show, the topic of his upbringing and religious faith came up. Nanjiani is Pakistani-American and Muslim — and he's annoyed at what many Americans fail to see in people who look like him.

“I think the issue with Islam has been that there’s no pop culture image of Muslims who are open-minded really," he observed. "Like, when you think of Muslims," he asked Handler, "what do you see in your head?”

Handler answered his question honestly: She thinks of serious-minded men — with beards.

And that perfectly reflects the problem.

Nanjiani went on to explain (emphasis mine):

“Right, that’s what I mean! My wife … she wanted to start a Tumblr called, ‘Muslims Having Fun.’ Because you never see them! Like, when you go to like, a theme park, you see Muslim people and they’re eating ice cream and they’re screaming on roller coasters. Why don’t we ever see those Muslims? Why do we only think of Muslims on the news when we think of Muslims?”

Nanjiani's point is one that resonates with most marginalized groups — people of color, immigrants (documented or undocumented), members of the LGBTQ community, disabled people, and many others who are so often stereotyped in Hollywood and on the news, if they're even represented at all.

If we only see limiting, harmful depictions of a certain group of people in the media, how can we ever see them as our fully human equals in the real world?

It's an injustice Nanjiani is trying to break — just by being himself.

Watch the clip from Nanjiani's interview with Handler below: