Check out this genius plan to make graveyards 1000% less creepy.

Two Italian designers are on a mission to re-invent how we remember our loved ones after they pass away. 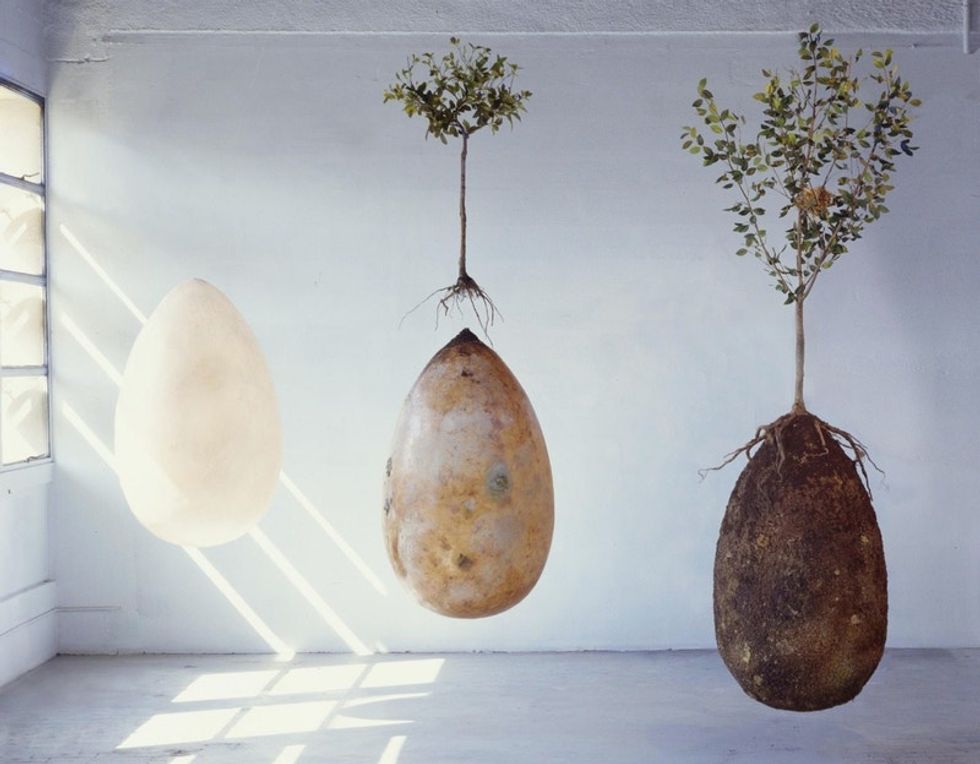 Death is not something we like to think about. But we know that when we die, most of us will likely end up here ...

... or in an urn on a family member's mantle (next to creepy cat figurines).

But! What if! What if we could end up somewhere really beautiful like this?

Italian designers Anna Citelli and Raoul Bretzel have come up with an idea.

Capsula Mundi is a 100% biodegradable coffin.

It's shaped like an egg and made from from starch plastic (which is made primarily from potato and corn plants).

For burial, the body is placed inside the capsule in the fetal position.

The egg is then planted in the soil, and a tree is planted on top of it.

There are a variety of trees you can pick from, and you can decide which one you want or let your family deal with the logistics.

Rather than being buried in a cemetery (which, let's be honest, are a little bit creepy and no one likes to visit) you become part of a "memory forest."

Death is a fact of life. Millions of people die every year. What if, instead of cutting down trees to make room for graveyards, we made graveyards into forests filled with millions of trees?

Wouldn't it be great to know that your body is helping provide oxygen, carbon dioxide, humidity, clean water and air, conserving energy, slowing down climate change, and protecting wildlife, among other things?

Unfortunately, this type of burial is not yet legal in the United States or Italy. But it's certainly worth giving it some thought.

(Memory forests don't exist yet, but this is what I imagine one would look like.)

When it's my time to go six feet under, I would find a lot of comfort in knowing it's so a tree can grow.