California's going to try to solve the water crisis in the most sci-fi way possible: AI. 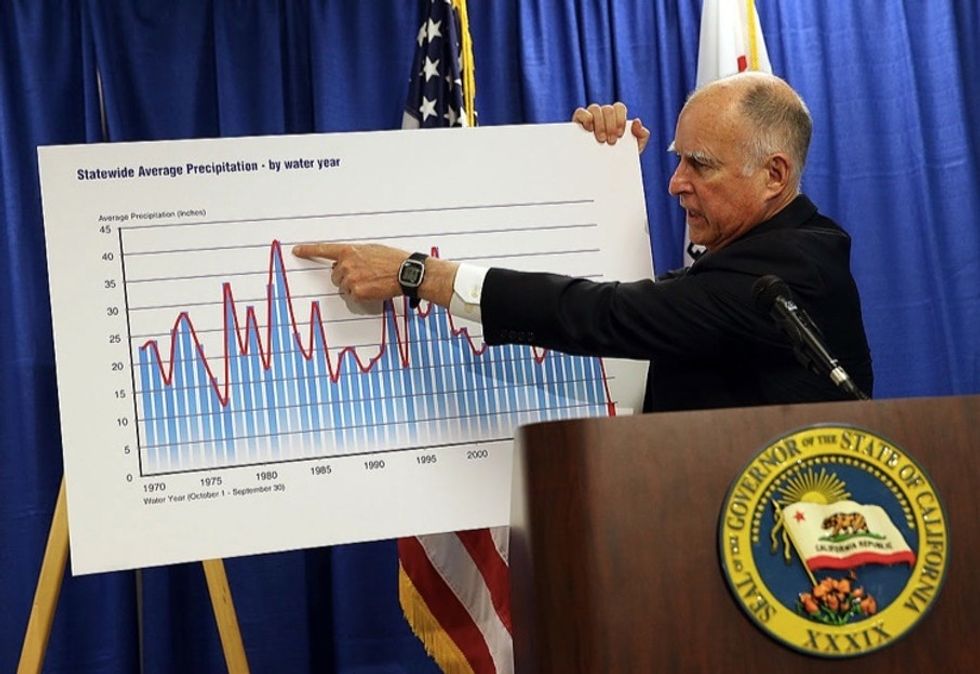 If you've ever thought to yourself, "Hm, I wonder how close we are to actually creating artificial intelligence," the answer is IBM's Watson.

Watson works through a concept called "cognitive computing." It basically means that instead of following rigid computer structures like decision trees and "if this, then that" types of programmable behavior, Watson takes in more information and context and can actually think about the solution to a problem.

It also gets smarter over time, building on its previous knowledge as it learns how to solve problems faster and more efficiently.

Watson's cognitive abilities are pretty much endless, and so far, it's done some pretty cool stuff.

Watson partnered with the Institute of Culinary Education in New York City to create 65 recipes by learning about what ingredients go well together.

Watson has also read millions of medical studies to learn about health and wellness, and it can even guide you through an art museum while answering every question you have about the artists.

Recently, Watson got a new job in California tracking water use.

The environmental consulting firm OmniEarth hired Watson to essentially be the overseer of water in California, a state often plagued by droughts and most recently a massive water shortage.

Watson will look at satellite images by the truckload and try to learn as much as it can. The more it looks at California's many farms, golf courses, vineyards, backyards, and deserts, the more it starts to recognize patterns and trends. It actually learns where all of California's water is going just by observing and thinking.

Then it can figure out who might be using too much and where more might need to be distributed.

A dried up reservoir in San Jose, California. Photo by Justin Sullivan/Getty Images.

"Watson doesn’t know anything about water usage or Earth images," said Jerome Pesenti, vice president of IBM’s Watson platform, to The Huffington Post. "But if you give it some training images, the system can take those as examples and learn from them."

From there, Watson only gets smarter and better at its job.

It's just information now, but California can use it to enact real change.

Local governments can use Watson's data to make customized water budgets for their communities. Also, because many people might not be aware they're overusing water, Watson can help with targeted messaging to those people, informing them of their potential water abuse and providing solutions and ways to cut back. Watson can also spot places where water is scarce and help cities divert resources to those areas.

In this case, one of those minds is a manmade computer that kicks ass on "Jeopardy." Whoever, or whatever, solves the problems challenging our environment will need to learn, think, and adapt on a massive scale and act as fast as possible.

Watson is pretty much the perfect candidate.