Brendon Urie of Panic! At the Disco came out as pansexual. Here’s what that means. 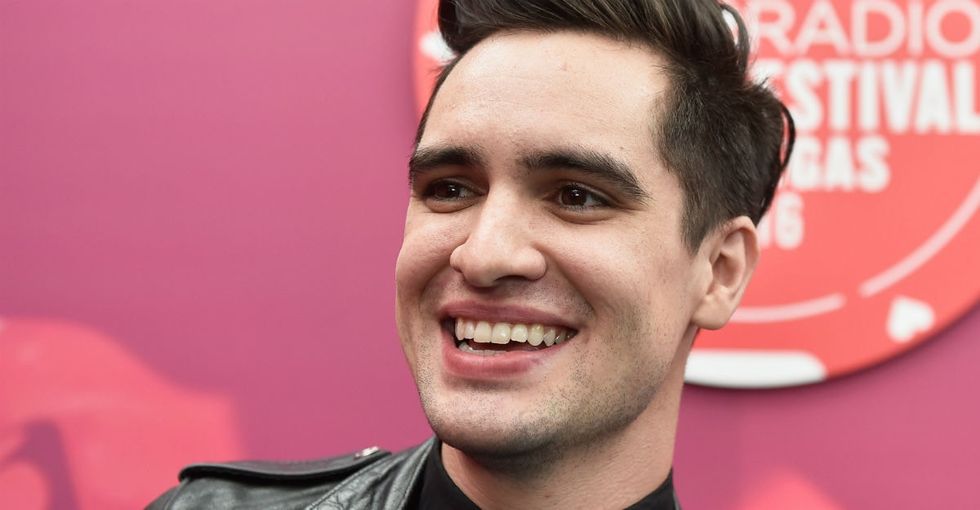 Musician Brendon Urie isn't too concerned with a person's gender when it comes to his sexuality.

People across the spectrum float his boat, the Panic! At the Disco frontman recently explained. And the revelation is shedding much needed light on an often overlooked group among the LGBTQ community.

"I guess this is me coming out as pansexual," the 31-year-old said.

"I'm married to a woman, and I'm very much in love with her, but I'm not opposed to a man because to me, I like a person," Urie explained, just days after having launched a $1 million effort to support queer kids in schools. "Yeah, I guess you could qualify me as pansexual because I really don't care. If a person is great, then a person is great. I just like good people, if your heart's in the right place. I'm definitely attracted to men."

If you're a bit fuzzy on what pansexuality is and isn't, that's OK! Now's a great time to learn. The term's made headlines recently as high-profile stars like Miley Cyrus and Janelle Monáe have come out publicly as identifying as pansexual, but there's still quite a bit of confusion surrounding the label and what it means exactly.

Leading LGBTQ rights group GLAAD defines pansexuality as being "attracted to people of all genders."

As more of us view gender and sexuality as spectrums — as opposed to rigid binaries or defined categories — the term describes those whose sexual orientation is more fluid and encompassing of all people, regardless of how a person identifies.

Or, as Urie put it simply, "It's just people that I am attracted to."

There's certainly overlap in bisexuality and pansexuality orientations, advocates note. But pansexuality emphasizes an openness to others outside the gender binary, including trans and non-binary people. Really, these identities — similar to gay or lesbian labels — are about empowering people to identify and be seen as their truest selves.

As we can continue to understand more about gender and sexuality, it's important people like Urie speak their truth in the spotlight. Labels may be used to box people in, but labels can also help people find themselves and connect to their community. That makes a big difference.

Congrats, Brendon, and welcome to the family! 🌈