As a disabled woman, this is what I have to lose if Donald Trump becomes president.

'In your America, I will have three strikes against me.' 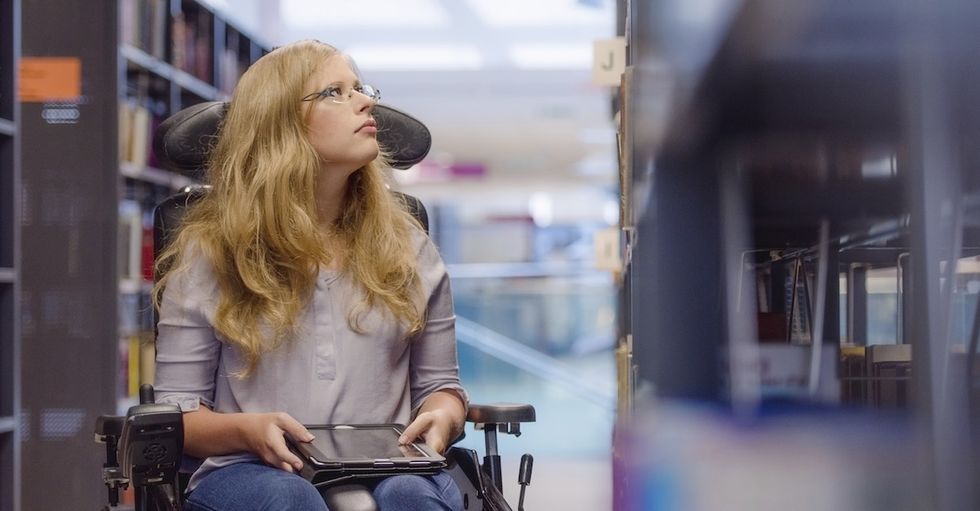 As the Republican nominee for president, you’ve made a lot of people angry — including the disabled community.

Last November, you openly mocked New York Times reporter Serge Kovaleski and then later denied it. That was enough to potentially lose hundreds — maybe even thousands of voters, but you didn’t stop there.

You’ve continued to degrade people with disabilities throughout your campaign — and went as far as to ask a crowd of African Americans, “What the hell do you have to lose?” at one of your rallies this past August.

Even though you were specifically addressing that community, I started thinking. As a disabled woman I have a lot to lose too, If you become president.

As a woman with a disability, I'm afraid of what your presidency could mean for me. Even now, I have to work harder to prove myself.

I especially have to work harder as a writer and journalist. It’s a job that has a very high glass ceiling. I’m proud to say I’ve broken through, but I'm still chipping away at some layers. The fact I’m disabled makes it difficult because there’s added pressure to do well every time I write.

Even now, many aspects of my life have already been compromised and are out of my control.

I don’t want to lose what control I do have — and having that little bit of power makes me feel like I can conquer anything that’s put in front of me. I’m proud to say I am finding my own way in life.

But in “Donald Trump’s America,” women are nothing more than puppets, and disabled folks are especially vulnerable to harassment because you’ve made it seem like all of this is acceptable.

I was raised to be strong, but I think my disability has inadvertently made me stronger. My biggest fear is that everything I’ve worked for and built for myself will completely crumble. I keep telling myself, "If I lose my dignity as a disabled woman, he’ll win no matter what." I don’t think I’ll be able to look at myself if that ever happens.

For me, there’s also much more on the line than self pride, though. If America has four years of a Trump presidency ahead, empathy could be a thing of the past. I could just be seen as “a girl in a wheelchair” — the very thing I’ve tried my entire life not to dwell on or call attention to.

In your America, I will have three strikes against me.

I’m a woman who also happens to be a journalist who also has a disability. And Donald, I’ve worked too hard to let a sea of questionable headlines about your candidacy and ethics ruin my life.

Does America really want this kind of uncertainty for the next four years? Do we really deserve this? As President Obama has said numerous times during this election season, “Don’t boo. Vote!”

So, Donald, I'll be voting next week, and it won't be for you.

If you need another look at what I have to lose, I think this commercial featuring Judy Kohn, the mother of a disabled son, will put everything in perspective — period.